Home → Articles → The Adversity Faced by the Rohingya People

The Adversity Faced by the Rohingya People

Stateless refugees, the Rohingya Muslims find themselves in limbo — and in desperate need of humanitarian assistance. The international community’s lack of coordination will certainly plunge the Rohingya people into abject poverty, followed by oblivion.

There are continuous ethnic clashes and human rights violations in Myanmar, previously known as Burma. After the country’s autonomy from the British Empire, Myanmar faced various problems because of its diverse ethnic gatherings. Myanmar has a Buddhist majority, with 135 ethnic groups including Buddhists, Kayah, Bamar, Kachin, Shan, Rakhine, Chin, Kayin, and so forth. The ethnic clashes are primarily a result of the increasing imbalance of rights among these ethnic groups.

The oppression turned grimmer after the military forces took control of the administration in 1962. The Rohingya individuals have been termed as “the world’s most oppressed minority” by the United Nations. They have faced issues in gaining their fundamental rights e.g., education, free movement, expression, and so on; they were also not included in the census of 2014.

Rohingya Crisis: The Response and its Effects on Bangladesh

The administration of Myanmar has brutally and horribly treated Rohingya individuals, attacking their families and slaughtering numerous innocent individuals. With the Rohingya people facing systematic torture, oppression, and statelessness within the Myanmar state, millions of Rohingya people have been forced to move to neighboring states like Bangladesh, Malaysia, and Thailand among others.

However, the excessive numbers of Rohingya refugees have caused several problems for the lower-middle-income country such as security challenges, health issues, political, and economic concerns. On the 1st of March 2019, Bangladesh stated that it would no longer be accepting Rohingya refugees due to overcrowding. The unexpected expansion of the total populace in the coastal locale, which is an incredible source of income through tourism, can prove to be deleterious to Bangladesh’s GDP.

Bangladesh has additionally propelled a birth control drive in the migrant camps, as it fears a populace blast. It has also stepped up by starting an inoculation program for some 150,000 Rohingya children, to control the spread of diseases among the Rohingya in the outskirt camps. However, Bangladesh, a least developed country (LDC) itself, with one of the highest population densities would not be able to manage the present Rohingya crisis.

Abul Maal Abdul Muhith, the former finance minister, feared that the Rohingya would become a major strain to the nation’s economy, and said that Myanmar would, in this manner, destroy Bangladesh’s economy”. The Prime Minister of Bangladesh, Sheikh Hasina Wajid, has hence called for Myanmar to take back the evacuees and has blamed the legislature of Myanmar for planting landmines along the borderline to prevent the Rohingya people from entering.

Rohingya Crisis: The Response of ASEAN and Neighboring Countries

Since the Rohingya refugee crisis has regional impacts, it is well within the jurisdiction of the Association of Southeast Asian Nations (ASEAN). However, the regional association has restricted the ability to meddle in the Rohingya emergency. It isn’t playing its dynamic role in Myanmar, as it is concerned that an assertive and proactive position might cause Myanmar to leave the group. Hence the hesitance to urge Myanmar in ameliorating the conditions of the Rohingya people, even as pressure mounts up on the association for not doing such.

On the other hand, Indonesia and Malaysia have taken a more grounded and concrete position on the security of the Rohingya Muslims. Despite expressing the Rohingya crisis as a regional issue, Indonesia continues to follow the non-intervention principle, stressing that it would devise an arrangement through constructive engagement rather than putting pressure on Myanmar.

Malaysia, too, has been vocal in denouncing Myanmar’s treatment towards the Rohingya people. In 2016, its Prime Minister stated that that the world wouldn’t sit by and quietly watch the massacres of innocent people. Likewise, the OIC in 2017 held a clerical gathering in Kuala Lumpur to examine the circumstances of the Rohingya people.

Also Read:  The Impact of Digital Information in Pakistan: The Case of Qandeel Baloch

Malaysia has repeatedly underscored that the predicament of the Rohingya individuals is a territorial concern and has hence called for ASEAN to arrange aid and to examine the alleged atrocities against the Rohingya people. Malaysia has also proposed collaboration between Bangladesh and Myanmar to encourage the voluntary return of the Rohingya refugees.

Response of the International Community

Myanmar is a nation that is wealthy in terms of assets and a number of nations’ interests exist in the said nation. For Beijing, its relations with Myanmar are particularly critical because Myanmar has a few infrastructural activities and pipelines with China. As for New Delhi, Myanmar is quite significant, for India considers the alliance a catalyst that will allow it to gain more influence in the region. Therefore, it seems unlikely for the aforementioned states to take substantive measures against Myanmar.

Furthermore, a report distributed by UN specialists in August 2018 held Myanmar’s military responsible for the commission of mass killings and assaults with “genocidal intent”. The ICJ case, lodged by the Gambia, requested for provisional measures until the conclusion of a more comprehensive investigation. Aung San Suu Kyi, the State Counsellor of Myanmar, dismissed claims of a massacre in December 2019.

In January 2020, the court’s underlying decision requested Myanmar to take crisis measures to shield the Rohingya from being oppressed and executed. While the ICJ can hold states accountable, the International Criminal Court (ICC) has jurisdiction over individuals. Despite Myanmar not being a party to the Rome Statute, the ICC determined that it could assert its jurisdiction in the matter because the deportations occurred in Bangladesh, a party to the Rome Statute.

The Independent Commission of Enquiry (ICOE) has admitted that members of the security forces may have committed “war crimes” along with serious human rights violations, but claimed that there was no proof of genocide. The U.S. and the EU nations have even imposed sanctions on Myanmar. However, these penalties have been far from effective. Sri Lanka while condemning the acts of the Myanmar government was not quite welcoming towards the refugees. In 2017, Sri Lankan police arrested 32 Rohingya refugees, some of which were minors.

The UN has proclaimed the abuses and massacres as an instance of “ethnic cleansing”. In order to resolve the crisis, ASEAN party states must upgrade territorial collaboration so as to improve protection for the locale’s evacuees. The Rohingya Muslims, an ethnic group, must be recognized as citizens of Myanmar. International actors and governments including all the intergovernmental organizations must come together in this time of crisis to help the victims of the Rohingya genocide.

Humanitarian aid is an urgent requirement for refugees and IDPs living in extreme poverty and insecurity. This humanitarian assistance should be given to the people in a non-discriminatory and impartial manner. Neighboring states including Bangladesh must respect the principle of non-refoulement, and the rule of law must be given prime importance in this conflict resolution setting. 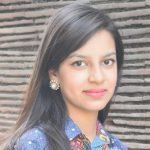 Sadia holds a Bachelor in Social Sciences with a Major in International Relations from Bahria University, Islamabad. She has previously interned at various institutions in Pakistan, including the Institute of Rural Management (IRM) and Inter-Services Public Relations (ISPR). She is interested in writing and looks forward to publishing articles/research papers on global affairs.

Previous Story
The Link Between Culture and Sustainable Development
→

Next Story
Growing Arab-Israel Relations: Who Will Fall Next? 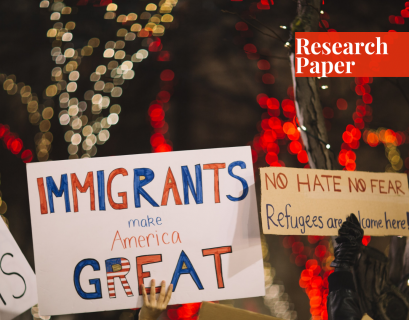 The Identity Crisis of Muslims in Non-Muslim Societies

The antipathy and insensitivity in non-Muslim societies have driven Muslim minorities to the brink of an identity crisis. This piece gives reference to China, India, and the United States.
Read More →