Both nation states are in the way of each other’s objectives, prompting both Saudi Arabia and Turkey to maneuver astutely and find their trump cards.

The relationship between Saudi Arabia and Turkey has evolved over the years to reflect assertive positions across Libya, even as both governments are worryingly similar in their ability to repress their people. However, the bond that had been once held between both countries has waned as Russia’s support for both the Assad regime and Iran grew in the last five years. Since the creation of the Organization of the Petroleum Exporting (OPEC), Saudi Arabia’s geopolitical salience has enabled it to challenge Turkey that is devoid of oil influence and is known to shun global norms for domestic objectives.

Recently, the skirmishes have transferred online, with Saudi Arabia blocking access to Turkish state-funded news agencies and several websites, which it deemed an impediment to social stability. Ankara responded almost immediately, making several Emirati and Saudi websites inaccessible. As diplomatic button-pushing ensues, it is important to note that both Saudi Arabia and Turkey are adept at removing content deemed offensive to the state, political leaders, or the monarchy. Moreover, as hyper-nationalism becomes a mainstay of the Saudi media, the Kingdom has been ceaselessly discouraging investment and tourism away from Turkey in an attempt to clip its economic wings amidst a volatile economic situation exacerbated by COVID-19.

Jamal Khashoggi and a Prince

The killing of Jamal Khashoggi, a Saudi elite, a columnist for the Washington Post, and a critic of the Saudi crown prince Mohammed bin Salman, incensed diplomatic relations and political rhetoric between the Saudis and Turkey. The reciprocal moves to exclude the other’s websites come four weeks after Turkish prosecutors indicted 20 Saudis over the murder of journalist Jamal Khashoggi at the Saudi consulate in Istanbul — a killing that soured relations between Ankara and Riyadh. In October 2018, Jamal Khashoggi entered the Saudi consulate in Turkey and was lacerated to prevent him from advocating civil liberties, press freedoms, human rights, and universal suffrage.

In spite of his Saudi origins, an organized murder on Turkish soil is a jab at Turkish sovereignty, even as its right to self-determination is clouded by the location of the murder i.e. the Saudi consulate. The U.N. called for an independent investigation and the international community led the bouts of outrage even as Britain and the U.S. continued to lobby for arms sales to Riyadh. At that time, it was posited that a moral dilemma ensues when values come against economics, and that there seemed to be no prospects for sanctions against Saudi Arabia who would not hesitate to weaponize its leading role in OPEC against the global economy and the U.S. specifically.

However, the inaction of the global economy, specifically of the U.S., irked Turkey to unprecedented levels, which probably inspired it to purchase Russian missile defense systems as Saudi Arabia binged on U.S. and British defense systems and military weapons. The legal ramifications of Khashoggi’s murder have exacerbated tensions amongst both regional actors. After a successful offensive in Libya, Ankara now appears closer to a confrontation with the United Arab Emirates (UAE). There are unconfirmed reports of the likelihood of a coordinated campaign in Yemen, with Qatar said to be playing a vital role in destabilizing Saudi-led efforts with eight other Arab countries. This comes at a time when the Saudis are scrambling to unite the UAE-backed Southern Transitional Council (STC) and the Hadi administration, sponsored by the Saudi prince.

However, UAE state media said that Ankara and Doha were in cahoots to create an anti-Arab coalition of militias with the help of the Muslim community. Turkey is unlikely to gain significant traction in the conflict that has pitted Iranian-backed Houthis against an aggressive Saudi offensive. Even so, these actions suggest that Riyadh will, nonetheless, remain wary of Turkey that will continue to oppose Riyadh’s actions in the region, both via formal channels such as the U.N. and by supporting militias that seek to challenge the legitimacy of what it will describe as a blatant disregard for international law regarding Libya and Yemen.

It is important to note that the U.N. looks more favorably on Turkey, as it supports, the Government of National Accord (GNA), the official government in Libya, and stands ready to protect its 1200 km with Libya. Meanwhile, the U.N. has called for independent investigations into the Khashoggi murder and the U.S. presence holds a delicate balance for the crown prince that continues to understate domestic needs even as his rhetoric suggests otherwise. The Turkey-Saudi disagreement has trickled well beyond their borders, with both countries supporting oppositions to sow and exacerbate internal divisions.

Also Read:  The Need for E-governance & Technology in Pakistan

The Dynamics of Strategic Planning

This is particularly dangerous for the crown prince Mohammed bin Salman who has to grapple with an agitated and impatient youth workforce that currently witnesses worryingly high levels of unemployment. For Turkey, all it will take is an organized campaign to sow the seeds of protests for the Saudi crown prince to face unprecedented demands. So far, U.S. presence in the region has served as an anchor for the Saudi royal family, but it is uncertain whether the U.S. would come to the Kingdom’s help when democratic values will be in question by the rest of the world. Now, such a prospect, however unlikely, will benefit Turley’s approach to internal politics in Saudi Arabia.

The U.S. and Saudi Arabia currently support General Haftar’s army in Libya — something to bond over — even as his actions along the border could threaten stability in Turkey. As such, not only does Turkey view Saudi actions as a direct affront to its political stability and security over the long-run, it views the decision to support General Haftar as ill-rooted in the need to acquiesce to the U.S.’s need for stability in oil markets. All this ensures that the oil fields remain under the control of a government that can work closely with the Saudis to ensure price stability in global commodity markets.

Whether the Saudi decision is rooted in the need to challenge U.S. hegemony by maintaining some autonomy over oil prices, Saudi Arabia can prevent the U.S. from imposing sanctions. Meanwhile, the U.S. has questioned Turkey’s role in NATO after it bought Russian missile defense systems in 2018. Turkey is consoled by the fact that Iran was able to get past Saudi defense systems, which suggests that the Saudis are perhaps not as unassailable as they might seem. A direct conflict between both countries is not imminent, but cannot be ruled out entirely if a series of events and U.S. withdrawal from the region occur in tandem.

A Losing Battle Between Saudi Arabia and Turkey

Both Saudi Arabia and Turkey stand to lose a lot from a geopolitical, security, and socio-economic standpoint as their respective populations are less ready to allow a considerable amount of their resources to be used for war efforts. Turkey stands ready to oppose the Saudis via proxies in Libya, wherein both countries support opposing sides. Ever since Russia’s military intervention in Syria tipped the balance of power in favor of the Assad regime, the only variable keeping Turkey and the Saudis aligned waned with unprecedented alacrity. Of course, this was followed by the decision of Saudi Arabia, UAE, Bahrain, and Egypt to boycott Qatar in June 2017.

Also Read:  The Belt and Road Initiative for Pakistan

While the decision to diplomatically and economically isolate Qatar was rooted in the need for consensus, the double standard appeared glaring for Turkey that saw this as an opportunity to play a more prevalent role in the region by supporting a country that will inevitably remain central to regional politics in the Middle East. Turkey-Saudi relations will remain frail in the coming years, since Turkey will continue to demands for the Saudi crown prince to be held responsible for the Khashoggi murder, while Saudi Arabia will relentlessly pursue regional hegemony at any cost. In the meantime, diplomatic saber-rattling can be expected and accompanied by internet blockades.

Previous Story
The Impact of Digital Information in Pakistan: The Case of Qandeel Baloch
→

Next Story
The George Floyd Protests: A Nation Struggling For Breath 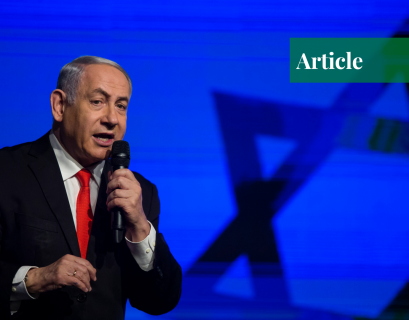 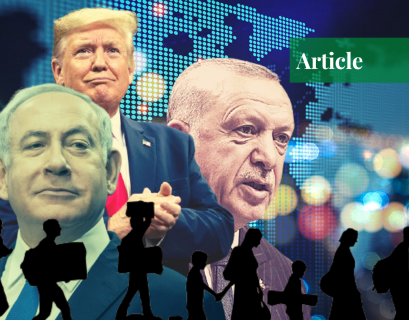 The rise of populism is to be expected in recent times of disintegration and economic disparity. Populists sit behind a veil of democracy, running the state on anti-liberal values.
Read More → 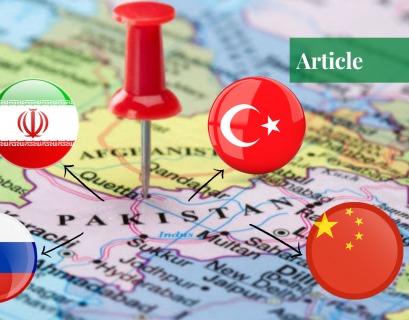 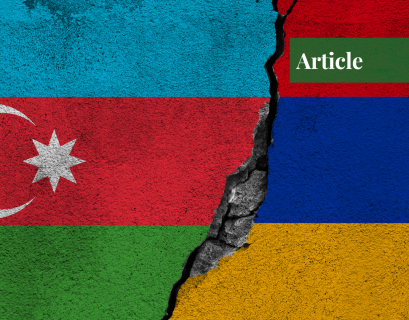 The peace deal has yielded up the control of Nagorno-Karabakh to Azerbaijan. This settlement could prove to be markedly advantageous to the South Caucasus; however, it could also intensify the deep-seated animosity between the two states.
Read More →