Home → Articles → The Neglected Relationship Between Climate Change and Women

The Neglected Relationship Between Climate Change and Women

What, really, is the connection between climate change and gender inequality? Studies and several examples show the disproportionate impact of climate change on women.

Climate changes are changes in the usual climate that include but are not limited to heavy rainfall, drought, and heatwaves which, in turn, impact food production, the rising sea levels, and the risk of flooding. Climate change affects the lives of women, their economic activities, their maternal health, and education.

The inequalities increase and as women are already in a disadvantaged position, they face more difficulties in dealing with these disasters. There are some facilities provided by the Paris Agreement to ensure that women receive support to cope with the hazards of climate change.

Even the International Panel on Climate Change found that gender inequalities were further exaggerated by climate-related hazards, resulting in a greater workload for women, occupational hazards both indoors and outdoors, psychological and emotional stress, and higher mortality as compared to men.

Climate changes affect women in negative ways. Women are the primary caregivers and have the responsibility of managing their household and also manage the natural resources but despite all this, they are more vulnerable to flooding and droughts.

In Chitral, for instance, the communities affected by climate changes, are forced to send their male members in search of alternate sources of livelihood, and so the responsibility of sustaining both the community and the household falls on women.

In the rural communities, women are usually tasked to gather food and collect water, so when the droughts reach their peak, they have to travel farther in order to acquire these resources. About 200,000 people were forced from their homes by droughts and floods in Ethiopia, and, as a result, women, living in overcrowded shelters, faced higher levels of sexual violence.

When girls and women are displaced due to such catastrophes, they’re unable to continue their education. Moreover, women and girls also face higher rates of child marriage, domestic violence, sexual violence, and illegal human trade due to these climate changes. As climate change exerts economic pressure on families, the number of child marriages increases.

Girls are considered a burden in times of a crisis so this becomes an easy way out. In Malawi, climate change disruptions created 1.5 million child brides. According to the study conducted by Stephanie Buechler, she said: “decreasing water availability weakened women’s ability to invest in their careers.”

The women in Mexico who make cheese for an additional income had a hard time acquiring milk as the livestock owners replaced cows that needed a lot of water with cows that needed less; the new cows produced less milk, rendering women have “less immediate access to milk, they had to go further  to a community about an hour away that still had more water underground than they did.”

Climate change also affects the health of pregnant women. Due to natural disasters, pregnant women are more at risk of receiving inadequate health care and nutrition. There is reduced access to reproductive and maternal health care services due to climate change impacts. The newborns are affected by the exposure of heat on pregnant mothers.

The effects of climate change in Pakistan are felt in many parts of the country, especially in rural areas. In the desert of Tharparkar, located in the Thar Desert, there are unusual climatic changes, which affect crops and damages land. Their agriculture is affected by water scarcity and this forces women to fetch water from the wells that are located at long distances.

Also Read:  The Destiny of Freedom in the West

Climate-driven food insecurity largely affects the health of women as can be gleaned from more women going without food than men in India, Iran, South Africa, Ghana, and Nicaragua. During food scarcity, girls are provided with less food, which makes them susceptible to malnutrition and other diseases.

Another study found that in Dhaka after a 1998 flood, it became difficult for the women to leave their houses to seek medical help; it restricted women from leaving their homes without a male member. Pregnant women are increasingly susceptible to air pollution, endangering the life of the fetus, or resulting in preterm babies.

In order to overcome this problem, the voices of women should be raised. There must be forums where they raise their voice and inform the people about the effect of climate change on their lives. They should engage in policymaking, discussions, and initiatives on climate change. They should be empowered and made part of the solution.

The disproportionate consequences of climate change for women have led to considerable efforts to deal with the impacts of climate change. Women from around the world are leading a change towards addressing the climate crisis and bringing in a more gendered perspective on the issue. Awareness about climate change among women is needed and they should be provided with facilities that include adaptive measures for overcoming these climate change calamities.

Ms Hafsa Hassan is currently enrolled in an MS program at NUST.

Next Story
The Sikh Community and the Khalistan Movement 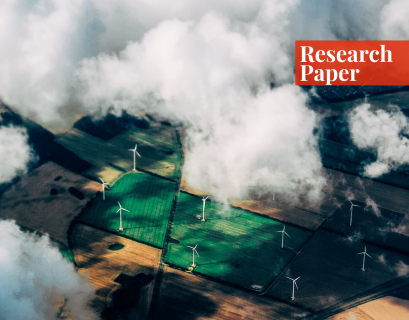 In the shift from non-renewable to green energy sources, human beings have ignored the disadvantages of renewable energy. The author explains that while the energy generated by solar panels, wind turbines, and biomass farms, is renewable, the raw materials used for the construction of equipment or structures to harness it, is not. The author further asserts that in our efforts to tackle climate change, we have been more focused on preserving our way of life than protecting the planet responsible for sustaining it.
Read More → 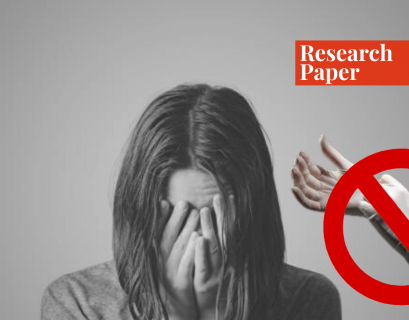 The Two Finger Test and the Dangers Associated with It

The Two Finger Test has long been used to test whether a woman raped has been engaged in habitual sexual intercourse. The author cites laws— both national and international —and credible authorities that denounce the practice of the two finger test because of its effect on the mental and physical well-being of a woman.
Read More → 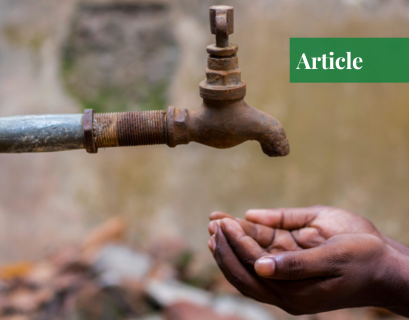 Pakistan’s water crisis leaves the state at the edge of the precipice; primarily an agrarian economy, water is considered exceptionally indispensable to the Pakistani community.
Read More → 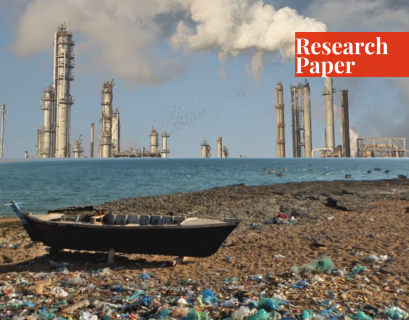 Climate diplomacy will propel Pakistan out of its procrastination, equipping it with viable stratagems that would advance environmental stability.
Read More →