As a state with tremendous influence and potential, it is expected of Germany to assume a more assertive approach, both internally and externally.

Germany is the most populous country in the EU and ranks 17th worldwide, naturally endowing it with influence, at least in Europe. It is the very epicentre of Europe, and can thus enjoy the benefits of its geopolitical location. More importantly, Germany ranks among the top 10 countries in terms of GDP and GDP per capita; an incredible feat for a country that had been afflicted with the Great Recession.

Germany’s economic resurrection is considerably marked by its huge current account surplus, owing to, inter alia, the profit generated by its numerous Small and Medium Enterprises (SMEs). Germany was the fourth biggest arms exporter worldwide between 2014 and 2018, but its own military prowess is lacking.

It does not possess any means of nuclear deterrence and its armed forces are relatively scanty with outdated equipment. Germany’s economy greatly depends on foreign demand, for instance, from the U.S. and China, which are also among the top three destinations of German exports. However, these markets have slowly swerved from German goods, aspiring to be competitors rather than just importers.

Owing to its historical and cultural past, Germany has served as a bridge between Eastern and Western Europe, becoming an advocate of the EU vision. Moreover, from the outset of the European integration, the country has espoused a pro-EU stance, as is exhibited from its involvement in all major EU integration projects. While the country is not a part of the P5 states, it has managed to be subsumed under the P5+1 or more commonly known as the E3+3.

Its membership in long-standing institutions and structures such as the European Union (EU), North Atlantic Treaty Organization (NATO), the United Nations (UN), the Organization for Security and Co-operation in Europe (OSCE), the G7, the G20, the E3+3 countries, and the Normandy format, has managed to command dominance in the international economic affairs. Germany plays a significant role in the IMF and World Bank, holding the fourth largest voting power with 5.32 and 3.96 percent respectively.

Also Read:  China and India: Vying for the Indian Ocean

The country occupies one of the few permanent director posts in the executive boards of the aforesaid institutions. Germany, along with other Western countries, can block quota reviews, that is, determining the concerned organisations’ financial and decision-making governance. Between 2008 and 2018, the German government increased the number of Germans in management positions in international organisations and EU institutions from approximately 5,500 to 8,000.

Germany’s presence at the managerial and professional levels of a company provides it with direct access to information and networking, allowing for access to information and covert acceptance of German policy perspectives, which, in turn, would benefit Germany. The country claims 96 out of 751 seats of the European Parliament. It also has the biggest influence in the Council, where population size matters; it requires only three more partners to reach the 35.1 percent threshold to block Council decisions.

Germany’s position as the largest contributor to EU finances has endowed the nation-state with the power to conclude or dissolve financial deals, as illustrated during the Eurozone crisis wherein Germany was the sole country with adequate budgets and trust from capital markets to effectuate a bailout scheme.

In the EU, Single Market legislation guarantees free trade, but eventual macroeconomic imbalances in the Eurozone would put Germany in a grave economic crisis. Moreover, the German economy is vulnerable, given its massive energy imports and stagnant technological innovation. Given the global political situation, a proactive Germany is an ineluctable necessity to uphold the values of the western world and to counterweight the U.S., China, and Russia.

More specifically, Germany has been expected to take on a more assertive role in international conflicts such as in Libya, Syria, and Iran or on issues such as climate change, international terrorism, and protectionism. With respect to the Syrian war, the country has more or less acted as an onlooker. It, however, made a concerted effort with the P5 in reaching a nuclear deal with Iran, although resisted its involvement in military observation missions in the Strait of Hormuz.

Across the European countries surveyed by the Pew Research Center, Germany is greatly seen in a positive light, but a plurality of Europeans believe Germany to wield excessive influence in EU decision-making, this view is most common in Greece, Spain, and Italy. Similarly, the views of Germany are concomitant with the views of the EU as a whole. In each European country surveyed, those who favor the EU body are more likely to express a positive opinion of Germany.

Germany, Ms. Sophia Besch comments, a senior research fellow at the Berlin office of the Centre for European Reform, is slow to adapt to digitalization and artificial intelligence; Angela Merkel’s soon-to-be-ending term has left Germany in disarray, for “no one can imagine Germany without Merkel and no one seems up to the job,’’ she explains.

The predicament has exacerbated, with the resignation of Merkel’s chosen successor, Annegret Kramp-Karrenbauer of the CDU party, from the position of Chairwoman, thus leaving Germany in a bind. To make matters worse, the incumbent European Commission President and former Minister of Defence of Germany, Ursula von der Leyen, is being investigated for corrupt practices, the majority of which had eventuated during her term as the Defence Minister.

The ongoing investigation has tarnished not only the reputation of the political figurehead of the EU, who made the eradication of corruption as her mandate but also attenuated Chancellor Merkel’s premiership. The sharp decline in industrial production, exports, and GDP growth rates since mid-2019 could potentially weaken Germany’s already waning position; the nation has put its past as the gravitational centre of its policy, and the reticence to indulge in international affairs is mainly attributed to its past fears. 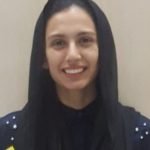 Sumaira Waseem received her LL.B. from Bahria University. She works as an editor for Paradigm Shift. She has worked in the capacity of an intern at the Research Society of International Law (RSIL) and Pakistan's Ministry of Foreign Affairs.