The SBP Amendment Act 2021 gives significant autonomy to the State Bank of Pakistan. The author notes that due to this autonomy, the bank and its officials cannot be held accountable for illegal acts by any investigative agency, be it the FIA or NAB. Moreover, the bill is quite vague when it comes to defining the authority of the Parliament over the central bank. The author explains that the power given to the State Bank of Pakistan will lead to a lack of policy coordination, and divide the economic objectives of the government and SBP and the forecast about the state of the economy.

The autonomy of the state institutions is a proviso for enduring prosperity. A state institution can achieve its founding objectives if it holds the essential autonomy and works in congruence with the economic, political, and security interests of the state. For this reason, the State Bank of Pakistan (SBP) amendment bill, introduced in 2021, grants significant autonomy to the central bank of Pakistan.

Although the autonomous state institutions are the utmost need of the hour, this does not mean that we engineer the autonomy on the instructions of the external actors, who neither hold an interest in our national security and sovereignty nor are they democratically elected by the people of the Islamic Republic of Pakistan.

A current account deficit of $18 billion in the fiscal year 2018 had impelled Imran Khan’s government to knock on the door of the International Monetary Fund (IMF) for a sine qua non loan package. Using this crisis as an opportunity, the IMF foisted two major conditions as a prerequisite for the loan package of $6 billion such as the currency devaluation and the autonomy of the State Bank of Pakistan (SBP).

Having no other option Khan’s government had to immediately fulfill the 1st condition by devaluating the rupee by 25% from Rs 122/$1 on 31st August 2018, to Rs 163/$1 on 28th June 2019. The 2nd condition of the SBP’s autonomy must be now fulfilled so that another tranche of the fund is released to meet the imminent budget in June 2021.

The SBP Amendment Bill of 2021

The SBP Amendment Act 2021 proposed by Khan’s government is indubitably an IMF-sponsored bill, which was agreed between the Pakistani authorities and IMF in July 2019. The points proposed in the 2021 amendment bill about the autonomy, operationality and the governance of SBP are akin to the instructions of Chapter 7, “Central Bank Autonomy, Accountability, and Governance: Conceptual Framework”, of the IMF’s document “Current Developments in Monetary and Financial Law”. Some points of the SBP Act need significant attention considering the financial independence and national sovereignty of the state.

In 1994, the Monetary and Fiscal Policy Coordination Board (MFPCB) was established under the 1990s economic reforms to coordinate the monetary and fiscal policy to maintain a policy balance and to achieve stable economic growth. But this act would scrap MFPCB and empower SBP to solely decide the monetary policy and the price stability or inflation in the economy, which contradicts the 1990s reforms.

Due to the MFPCB’s abolishment and the grant of power to SBP to independently decide monetary policy, the amendment bill introduced in 2021 would divide the economic objectives of the government and SBP, cause a lack of policy coordination, and divide the forecast about the state of the economy. Therefore, this lack of coordination between the monetary and fiscal objectives would ultimately lead to high-interest rates, rapid inflation, exchange rate pressure, and an adverse impact on economic growth.

It would be economically irrational to minimize such much-needed policy coordination when the economic community these days is insisting on the strong integration of the monetary and fiscal policy for durable economic growth. Providing subsidized loans to the agricultural sector, giving seeds and farming technology at lower rates, supplying electricity at lower rates to the textile sector, and awarding subsidized loans for housing are some of the examples of the quasi-fiscal operations that the government have been implementing through SBP.

However, after the approval of this act, SBP would not carry out any quasi-fiscal activity at the behest of the government and the financially weak sectors or groups would remain in hot water. This bill also restricts the SBP from giving a direct loan to the government for the budgetary deficit. Hence, the government would be impotent to diversify its borrowing sources for covering the budget deficit and be coerced to borrow from the domestic banks or the international creditors like the IMF and World Bank.

SBP: A State Within a State

The bill grant status of “public servant” to the governor, deputy governors, members of all the committees, and employees of the bank, but impedes any investigation agency, be it the Federal Investigation Agency (FIA), the National Accountability Bureau (NAB) or any provincial agency, from conducting any investigation, inquiry, or proceedings against any official of the bank without the approval of the Board of Directors of SBP.

This is like granting a clean chit to the SBP and its officials. SBP, with such extreme indemnity, would act as a state within a state, where it would not be answerable either to the president or prime minister or any other accountability body in regards to any action or decision which may be considered inappropriate.

Therefore, letting the officials of SBP be unaccountable through this bill would create a scenario where, if the IMF ever gets successful in appointing its front men as governor and deputy governors of SBP, Pakistan’s economic policies would be at the mercy of the IMF and its authorities would be able to divert Pakistan’s economy into the direction of their own will.

The Parliament is the only entity to whom the governor of SBP would submit an annual report, but the Parliament is neither an investigation agency nor an accountability court capable of holding any official of SBP accountable.

It is very interesting to note that this act is silent about whether or not the parliament would have the power to overrule any decision or policy of the SBP. Furthermore, it doesn’t explain if the Parliament has the ability to put any official of the SBP to the justice if deemed necessary. This silence makes this bill highly suspicious and controversial and gives an impression that the government is on the verge of selling the country’s economic freedom and financial sovereignty to the international creditor, IMF, at the cost of $6 billion as per the July 2019 bailout agreement.

The autonomy model proposed in the SBP Act has already been in exercise in the form of the Federal Reserve Bank (Fed), a US central bank, since 1913. Since then, the bank has been operating with complete control on the US’ monetary policy, exchange rate, and inflation. Yet, with such supreme autonomy, the Fed has been hardly successful in achieving its founding objectives because, since 1913, the dollar has lost 93% of its value due to the continuous rise in inflation.

This means a product of $1 in 1913 now costs $26.57 in 2021, therefore, a cumulative price rise of 2557.71% has been observed until now. In addition to this, the Fed had been unable to timely forecast and effectively respond to the financial crisis like the dot-com bubble in the late 1990s and the mortgage crisis in 2007-2008, which caused billions of dollars of loss to the lower middle class in the US economy.

Therefore, due to the continuous failures of the Fed, US Senator Ron Paul presented the bill to audit the Federal Reserve in 2009 in the House of Representatives, which was passed in mid-2012 by the ratio of 327 to 98. Similarly, in 2013 a Rasmussen report had also revealed that 74% of American adults wanted to audit the Fed.

Also Read:  The Rising Tide of Islamophobia in France

Now, the question is, “why are we adopting an autonomy model for SBP which has already been unsuccessful in the case of the US?” Thereupon, Pakistan, being a Third World country, cannot afford to adopt such an ineffective autonomy design for SBP at the behest of IMF, which has proved to be costly for the Americans.

The government of Pakistan must focus on the latest literature and adopt the following major criterion for engineering a good autonomy design for its central bank, such as giving “instrumental autonomy” to SBP. This will allow the government and other stakeholders to collectively decide the macroeconomic objectives in collaboration with the central bank. The bank will be fully authorized to act independently to achieve the agreed objectives, making SBP fully accountable for its actions and decision to ensure transparency in its policies and operations.

A committee that has representatives from all the stakeholders must be authorized to make the major decision instead of single or few officials of the SBP, this will help in maintaining the strong coordination of the monetary and fiscal policy—to create a balanced policy mix for achieving the sustainable economic growth—and in communicating clearly defined monetary and inflation targets to the SBP. 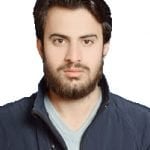 Mirwaise Khan is pursuing an MPhil in Finance from BUITEMS. He also works as a columnist and has been writing opinion and editorial articles for the Daily Times.

Previous Story
What is Olympic Diplomacy?: The Case of the 2022 Winter Olympics
→

Migration induced by climate change is not a new phenomenon. Pakistan’s climate-induced migration is mainly linked to the natural disasters and extreme weather which cause the state to experience unseasonal rains, floods, and droughts. Due to these conditions, people are forced to migrate to cities in search of food, shelter and jobs. The author, Omair Farooq Khan, notes that climate change has aggravated Pakistan’s water crisis, and any change in Pakistan’s water resources will be destructive for the agriculture sector. Keeping in mind that the 2009-2010 floods displaced more than 2 million people in Pakistan, he recommends ways for Pakistan to tackle extreme weather conditions.
Read More →

The Media and Aurat March: Friends or Foes?

On March 8, 2021, hundreds of people in Pakistan’s major cities took to the streets to highlight atrocities against women. This was part of the women’s rights campaign’s biggest mobilization in the country, the Aurat March. The march took place for the 4th year in a row and was met with controversy yet again. This study explores the media’s role in the movement, and more essentially how the print and digital media covered and portrayed this year’s march. The author analyses the portrayal on the basis of five themes: women’s rights, feminism, healthcare for women, violence and harassment, and patriarchy — with the background being the Agenda Setting Theory.
Read More →

In the wake of the recent normalization of ties between varying Muslim states and Israel, Pakistan was rumored to be following suit. This stirred a debate within Pakistan – with people questioning the pro-Palestinian stance, and the rejection of Israel. The author discusses how Pakistan should continue to maintain the traditional policy towards Israel, and how it would be inadvisable to pursue normalization for limited gains.
Read More →