Hybrid warfare is a unique blend of conventional and non-conventional methods of war. Pakistan has endured the constant threat of hybrid warfare since its inception – long before the term even came into existence. To maintain its defense, Pakistan has begun to familiarize itself with such propaganda.

This paper will study the impact of hybrid warfare, an established war strategy, on the national security of Pakistan. Hybrid warfare is considered the most significant strategic discourse in today’s contemporary world. It is said to be an old concept but accompanied by new technologies. Its roots lie in history, but its nature has changed due to the advancements in information technology and the involvement of non-state actors in strategic warfare.1

Hybrid warfare is not permanent in nature but the conflict of changing behaviors and characteristics. It uses conventional military force through the use of irregular and cyber warfare.2 Advancements in technological warfare tactics come up with a design that makes it rather difficult for a country to analyze the situation.

The wars in Syria, Yemen, and Afghanistan are all part of hybrid warfare due to the significant role of media through misinformation, disinformation, propaganda, and actual operations. Since the war is about weakening state ownership, the entire land is considered the battlefield due to its broader spectrum of propaganda and uncertainty.

The target areas in this warfare include the theatre command, control, communications, and intelligence targets, sovereignty, territorial integrity, cultural identity, ideological and ethnic cohesion, and the economy.

Pakistan has faced serious threats from hybrid warfare due to its unique geo-strategic location. Pakistan is a nuclear state and so conventional warfare against Pakistan is unlikely. Therefore, a wave of indirect warfare has been imposed on Pakistan to undermine and destabilize the peace, prosperity, and stability of the country. Doval Doctrine of 2014 is the evidential fact that introduces the Indian defensive-offense policy towards Pakistan.3

The recent attack on the Pakistan Stock Exchange by the involvement of some state and non-state actors is a direct attack on the economic setup, and these non-state actors are trained armed terrorists of the Balochistan Liberation Army (BLA) that are funded by India and are responsible to create unrest in Balochistan.4 Moreover, lobbying in FATF to get Pakistan black-listed clearly identifies India’s political and military leadership goals and objectives towards Pakistan; an indirect war strategy against Pakistan on the international stage to seize its assets and economy.5

Also Read:  A Diplomatic Transformation for the Decades-old Kashmir Conflict

A report released by the US Department of Treasury’s FinCEN claimed that India had been involved in money laundering and terrorism funding through state-owned banks.6 It was reported that the money has been transferred to anti-Pakistan elements throughout the world to support propaganda against Pakistan.

Pakistan’s military leadership has firmly stressed the need to safeguard the national interests in the ongoing hybrid warfare against Pakistan.8 Similarly, the Pakistan Foreign Office has also warned about the enforcement of influential hybrid warfare against Pakistan.9 The Government has taken many supportive initiatives in collaboration with Pakistan Telecommunication Authority (PTA) to create awareness among the general public about fake international propaganda warfare.10

Pakistan has also taken the irregular domain of cyberspace into accordance to establish a threat-free national policy against hybrid warfare.12 Hybrid warfare is the war of narrative and perception management. Pakistan has covered up to a major extent the internal fault lines by establishing a strong network of media awareness campaigns about propaganda warfare and Internal Security that discourage the foreign actors to engage in violence inside Pakistan.13

In hybrid warfare, the most important tool is the art of navigating the enemy’s infrastructural lines of communication and fault lines in order to exploit or influence the operations. The wide scope of ethnic conflicts, socio-economic concerns, religious radicalizations, and political instability has increased the complexity of the hybrid warfare scenario in the 21st century. These domains are directly linked to the national security of any state.14

Hybrid war due to its multidimensional nature and sensitivity is the core object of today’s military operational tactics. A study has been conducted on information warfare and its role in hybrid warfare. The study concludes that with the advancement in Information and communication technology, information has taken the shape of an important component of national security principles.15

Today’s world is globalized due to its dependency on the internet and so increases the risk of a cyber attack. Pakistan, being a nuclear state, is very careful in dealing with the cyber threats to its nuclear and financial infrastructure. Consequently, Pakistan has developed laws and bodies to deal with such threats, but there has been a lack of concrete steps.16

To deter hybrid warfare, an effective national security strategy and policy formulation in collaboration with both civilian and military leadership is required. A strong unity between the nation and state narrative is very much compulsory because it’s the attack on the war of fake narratives and perception approach.

12 Khan, M. I. A. CYBER-WARFARE: IMPLICATIONS FOR THE NATIONAL SECURITY OF PAKISTAN, https://ndu.edu.pk/ndu-journal/pub/06-Cyber-Warfare.pdf

Mr Hassnain Moawia has an undergraduate degree in law from Bahauddin Zakariya University (BZU), an MSc in Information Technology, and a Master's in International Relations from Government College University Faisalabad (GCUF). He is currently pursuing an MS in Security and Strategic Studies.

Previous Story
Eurasianism vs. Neo-Ottomanism in the Turkish Foreign Policy
→

Next Story
Peacekeeping Missions of UN: History and Current Challenges 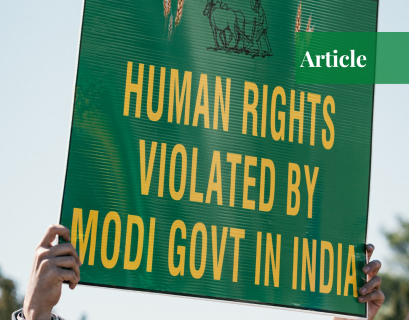 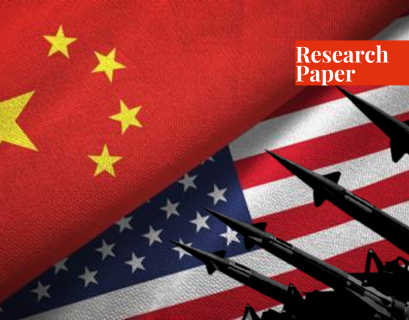 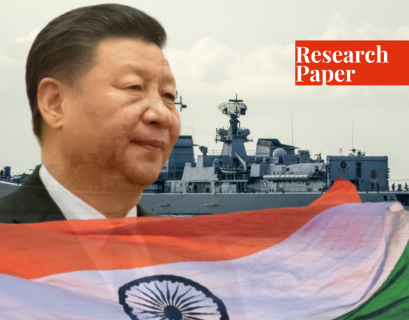