Religious Tourism in Pakistan: The Case of Sikhism & Buddhism

A largely unexplored avenue of tourism in Pakistan is religious tourism – mainly Sikh and Buddhist tourism – which can potentially generate over $60 billion for Pakistan, and create over 100,000 jobs. To get the maximum benefit from this sector, the government needs to immediately invest in developing and maintaining vital supporting infrastructure.

This article aims to highlight some monumental opportunities of Sikh and Buddhist religious tourism in Pakistan that can greatly enhance its overall tourism industry, and even boost the economy. It also aims to elucidate the often-ignored indirect benefits of promoting this type of tourism to the national exchequer of Pakistan.

In the year 2016, foreign tourists spent $33.82 billion across South Asia and nearly 69% of this amount went to India, 10% to Sri Lanka, and 7% to the Maldives. Pakistan, on the other hand, managed to scrap a mere 1% of this potential source of earning. The regional average of tourism’s direct contribution to the national GDPs is 3.5%, while for Pakistan is a bleak 2.8%.

One can safely guess that a majority of the readers from Pakistan grew up hearing about the plethora of tourist sites in Pakistan – and not wrongly so. In the year 2020, travel company Wild Frontiers named Pakistan as the “Country to visit”. Similarly, the US-based lifestyle and luxury publication Condé Nast Traveler ranked Pakistan as the number one country for tourism in 2020.

All of these publications broadcast the usual landscapes and mountains of Pakistan to entice its audience to visit. The government has followed suit in a bid to help the sinking economy float back to the surface, and has launched various commendable initiatives to boost Pakistan’s tourism scenario.

However, one significant area of tourism worthy of more attention than it is getting from the media, public, and even the government, is the potential Sikh and Buddhist religious tourism in Pakistan.

Sri Harmandir Sahib (also known as The Golden Temple) in Amritsar was declared as “the most visited place of the world”, with an estimated daily total visitor count of 100,000. Nearly 120 kilometers west of the Golden Temple – across the most luminous international border – lies another paramount Sikh religious site, that is, Nankana Sahib.

It is the birthplace of Sikhism’s founder and first master Guru Nanak Dev, and is located at a distance of about 76 kilometers from Punjab’s provincial capital Lahore. The number of Sikh pilgrims who visited Nankana Sahib from India on the 550th birth anniversary of Guru Nanak Dev was only 2,000. On regular days, the number of visitors is even lower; a distance of only 120 kilometers and a reduction of 98% of the visitors.

It is not that there is any lack of interest shown by the Sikh community to visit Nankana Sahib. A survey shows that 79% of the 20 million Sikhs living in India want to visit Pakistan. On top of that, 83% of the 8 million Sikhs living outside India expressed a similar desire. In an unfortunate contrast, only 10% have actually visited Pakistan.

If Pakistan manages to attract only 44,000 Sikh tourists in a full year (44% of the daily attendance at the Golden temple), and other variables like current expenditure profiles and mix of pilgrims are kept constant, a conservative estimate would be an 85 times increase in the expenditure of Sikh tourists on goods and services in Pakistan. The current amount generated from Sikh tourism of Rs 208 million can reach Rs 18 billion.

Apart from the direct contribution, there are various indirect advantages of Sikh tourism for Pakistan’s economy as well. As estimate by the World Travel and Tourism Council postulates that every one rupee that is spent by Sikh pilgrims leads to additional spending of Rs 1.46 in the tourism sector.

Moreover, every direct job that is created due to Sikh tourism, leads to the creation of additional 1.55 jobs in the related sectors. If these indirect multiplier effects are taken into consideration, the total contribution of Sikh tourism to the national economy is projected at a lucrative Rs. 44 billion annually, with the creation of 82,000 jobs.

There is an estimated market of around 500 million Buddhists across the world. If Pakistan manages to attract even a tiny proportion of this massive market, it can start an entirely untapped segment of the tourism market. Areas like Taxila, Haripur, Mardan, and Swat that made up the ancient Gandhara region, can be the main attractions in this regard.

Also Read:  From Globalization to Deglobalization: An Unwelcome Transition

It is said that nearly 1300 years ago, the ancient Korean monk Hyecho traveled here. Quite recently, a statue of Buddha nearly 50 feet long was unearthed in Haripur which is claimed to be the world’s oldest sleeping Buddha statue. The marvel and magic of these historic sites are reflected in the reaction of Buddhists across the globe as well.

As per a Gallup survey conducted in 2016, there are almost 58 million “interested” Buddhist visitors wanting to visit Pakistan. Out of these 58 million, 2.9 million were termed as “likely to visit”. If Pakistan manages to bring in just 1% of these 2.9 million “likely” visitors, it would translate to 29,000 annual visitors.

As per moderate estimates, it would mean a revenue inflow of about $63 million in the short-term, with a major potential to grow further. If one accounts for the direct as well as the indirect economic implications of Buddhist tourism in Pakistan, the contribution is estimated at a whopping Rs. 16 billion with more than 30,500 jobs created.

It becomes obvious from the discourse above that Pakistan has massive potential for religious tourism especially Sikh and Buddhist tourism. Unfortunately, it has failed to capitalize on these lucrative opportunities. A few idiosyncratic issues are barring the progress of Pakistan in this regard. At the top of this list are issues such as lack of conformity with UNESCO standards and federal-provincial co-ordination.

At the Katas Raj Hindu temple, there was a federal-provincial confusion (post 18th amendment) that led to an archaeological oversight in the renovation that permanently damaged the antiquity. This incident is a painful reminder of the barriers being faced by Pakistan currently in the area of religious tourism.

The Tourism Development Corporation of Pakistan (TDCP) has identified 480 similar sites across Pakistan. Out of these 480 sites, 106 carry historical importance, 120 have religious significance, and 26 sites have religious as well as historic importance. If the government is able to iron out the wrinkles (like the federal-provincial confusion) and can conform to international standards like UNESCO, it will be making a highly profitable investment in the short as well as the long-term.

One can conclude by emphasizing the need of working towards the development of Sikh and Buddhist tourism in Pakistan. As mentioned earlier, the government needs to think of spending in this sector not as a luxury, but as a much-needed investment. Every small step taken in this direction can pave the way for greatly profitable developments for Pakistan.

As discussed previously, once the wheels are set in motion, the number of tourists and their subsequent revenues will grow with a snowball effect. As the great poet, Iqbal said, “Nahi hai na-umeed Iqbal apni kasht-e-weraan se, Zara nam ho ye mitti to zarkhaiz buhat hai saa’qi” which translates to: “But of his barren acres Iqbal will not despair: A little rain, and harvests shall wave at last, oh Saki!”. 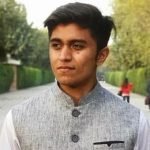 Mr Hamza Khaqan is a business student at the Lahore School of Economics as well as a start-up entrepreneur. He has a keen interest in disciplines such as political thought, philosophy, sociology, and other social sciences. He peruses music as a hobby and plays the guitar, violin, and piano.

Previous Story
The Dynamics of Civil Society in the Kyrgyz Republic
→

Next Story
The Quadrilateral Security Dialogue: A New Security Landscape in the Asia-Pacific 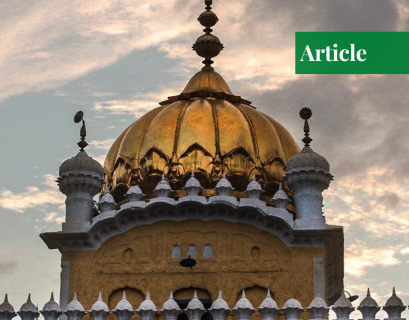 Holy Places of Sikhism: The Guru Nanak’s Gift to Pakistan

The legacy of the founder of the Sikh faith, Guru Nanak, can be felt throughout the subcontinent. Pakistan, in particular, is blessed with some of the most spiritually significant places for Sikhs. The Guru’s birthplace, his iconic handprint, the place where he miraculously made a spring appear, as well as where he passed on are all present in Pakistan. Thousands of Sikhs come from India to perform pilgrimage to these sites and since the opening of the Kartarpur Corridor, many more will join them.
Read More →