Home → Articles → The Rise of Populism in the World

The rise of populism is to be expected in recent times of disintegration and economic disparity. Populists sit behind a veil of democracy, running the state on anti-liberal values.

In recent times, the wind of populism has hit the tide of global politics, steering it into the predominantly rough seas of authoritarianism, socialism, and neoliberalism. The impetus to its rise is linked back to the events that had shaken the world polity as a whole; the prominent events that stimulated the rise of populism are the event of 9/11, the economic crisis of 2008/09, and the migration crisis of 2015.

These events sowed the seeds of unilateralism, creating disdain for traditional democracies, science, accepted protocols, and modernization. Populism is not a recent discovery in the political spectrum; it is as old as democracy. It was first used in the 19th-century political movements, referring particularly to the agrarian movement of the U.S. in the 1860s, which a couple of decades later became known as the People’s Party.

The theme elaborated the antagonistic attitude towards the institutions of the state, especially banks and railways, which were run by the “political elites”. Concurrently, in Russia, this moniker is detected in the pro-peasantry movement of revolutionary students and intellectuals who idealized that the power should stay with agrarian workers rather than ruling tsarists.

The populist wave re-emerged in the mid-20th century in the form of political movements to support charismatic leaders in Latin America, military coups in Africa, the Poujadiste Movement in France, and McCarthyism in the United States. Populism itself is not an ideology. It can be found anywhere on the political spectrum; it can be designated as right-wing, left-wing, and even center. It is a way of thinking in politics about politics.

According to Michael Kazin, it’s “a language whose speakers conceive of ordinary people as a noble assemblage, not bounded narrowly by class, view its elites, self-serving, undemocratic and corrupt to mobilize the former against the latter”. Through the lens of a populist, a society is polarized between two homogenous and antagonistic groups namely, the pure or virtuous “people” and the wicked or corrupt “elites”.

They argue that politics should be an expression of the general will (volonté générale) of the people. According to a leading populism scholar, Cas Mudde, populists try to break politics into a binary view of good and evil. Populism is a warning sign that the status quo is failing to sustain. In recent times, as the report verifies, 46 populist leaders or political parties held executive offices across 33 different countries between 1990 and today.

In Europe alone, the populist surge is remarkably high, as one in four Europeans voted for the populist parties on average in their last election. From 1990 to 2018, the percentage increase of populist leaders is 400% from 4 to 20. This is not just limited to Europe or the United States, rather it seeped across the whole world from Latin America and Eastern Europe to Asia and Western Europe. The U.K.’s Brexit is the pertinent justification of the rising populism in Europe.

Most of these leaders are associated with right-wing politics because of their more exclusionary view of “people” than the left-wing populists, who convey more of an inclusionary perspective. On the right, Trump, Orban, and Duterte are often positioned as populists while Andrés Manuel López Obrador of Mexico, late Venezuelan president Hugo Chavez, anti-austerity Podemos party of Spain, Syriza of Greece, and Bernie Sanders of the U.S. are a few of the popular left-wing populist leaders.

Left-wing populists champion people against elites or the establishment (bottom and middle against the top leadership); however, right-wing populists, who align themselves more to nativism, chronicle their pitch against the elites who are accused of favoring a certain third group that has infiltrated their primary system of governance, that is, immigrants, African-American militants or Islamists. This enables a xenophobic mindset among the ordinary people and a feeling of disdain for the “aliens”.

The rise of Populism took on multiple forms of transition. Some populists emerged out of waning democracy, while others got their strongholds due to their authoritarian ambitions. In both forms, regressive policies are adopted by populist leaders against the corrupt establishment that has failed to counter globalization, recession, mass migration, soaring inequality, and ultimately, declining living standards.

According to Forbes, globalization has opened up multiple fronts for the rise of populist leaders, as where there are new markets for entrepreneurs, foreign immigrants have also settled in the Western countries forging little opportunities for the natives to avail. This failure of liberal democracy favored only the elites who are gaining immense wealth such that the World’s richest eight have accumulated resources as much as available with the poorest 3.6 billion people.

Hence, xenophobic extremism eventually replaced the feeling of disgruntlement that erupted from the disparities of globalization. Moreover, to fix all that, people started seeking strong and authoritarian leaders in a system where their needs and demands were not effectively addressed. Tortuous policies of the state institution and flawed bureaucratic procedures earned the public’s ire, leading to the emergence of populist leaders like Donald Trump in 2016. Hence, authoritarian leaders arose seeking the ultimate revocation of corrupt institutions.

This derailment of democratic norms eventually legitimized their authoritarian culture over the populace. Manifestations of these attitudes are right-wing extremism, xenophobic ethnonationalism, and Islamist terrorism. These are prevalent all over the world, from West to East. Embroiled in strategic wars on both domestic and foreign fronts, populists have taken even on economic and military might.

Vladimir Putin’s war in Chechnya and Georgia mobilized his authoritarian regime. In the Philippines, Duterte led drug wars in the domestic fold as did his predecessor who witch-hunted people under the war on communism. Some populist leaders take on an aggressive stance after working inside a democratic framework, like Turkey’s Tayyip Erdogan, who turned to an authoritarian style by threatening the rights of Kurds and making Kurdish insurgency a threat to Turkey’s national sovereignty.

A similar scenario is seen in totalitarian regions of the Middle East. Iran is the prime example where Mahmood Ahmedinejad was preferred over Hasan Rouhani for the former’s tilt towards conservative clerical mandate. End term-limitation for President Xi Jinping in China reflects the same communist authoritarian regime for a rising phoenix and a veritable economic giant.

It is important to notice the similarities within the rhetorics, actions, and policies of populist leaders irrespective of their geographical placement, culture, the system of governance, or religion. Foremost among those convergence points is the mistrust in the global liberal order. Populists want to mold the world order in a way that suits them best, which is based on multipolarity, where every country enjoys sovereignty and its populace enjoys national chauvinism.

Such leads to the xenophobic and protectionist policies of populist leaders such as Trump’s building of the Mexican Wall against immigrants in its zero-tolerance policy, and the blatant condemnations of International Human Rights institutions by Netanyahu in Israel against protesting Palestinians. Like Donald Trump, these leaders have undertaken divisive policies using ethnic minorities as scapegoats.

Apart from that, aggressive policies adopted by populist leaders in the wake of institutional pressures against their dirty politics are part of the inherent whole of right-wing populists. With the withdrawal from the Iran nuclear deal while the Mueller Investigation was ongoing, Trump played his populist move steering the attention away from the domestic arena to the foreign front.

Netanyahu used violence against the Palestinians as a shield against his criminal charges in the domestic environment. Putin’s maneuvers in Syria and Ukraine are a cover of his economic and political failures at home. Similarly, Erdogan’s adventures in Syria against the Kurdish region of Afrin when he was challenged politically in his domestic polity, represents the same populist move.

Furthermore, the pattern of behavior in world leaders who are justifying their erroneous policies by claiming it to be populace mandate depicts their conniving nature to stay in power. Trump’s offensive against Mexican immigrants and Netanyahu’s destruction of Palestinian villages are part of the same political currents.

Also Read:  From Globalization to Deglobalization: An Unwelcome Transition

Another radical feature these populists streamlined is the use of un-institutional and informal language. The abusive tirades and mocking jibes hurled at political opponents through Twitter are also one of the terrible features that populists have assumed. Populism and its stalwarts reveal that whoever is not willing to support their narrative, which is for the majority of the nation, is considered either corrupt or an opponent of their ideology. This narrative has echoed in every populist favored regime all over the world.

Like Erdogan, who despises Kurds as terrorists, Duterte couldn’t differentiate between the drug dealers and human rights activists. Left-wing and right-wing populists of the 21st-century function within the ambit outlined by the contours of democracy, but they cherish anti-liberal sentiments because liberal democracy favors minority rights, rule of law, and separation of power whereas the democratic core supports the sovereignty and the notion of majority is authority.

These notions were used as disguises by Populist regimes to sustain their strongholds. To counter these radical patterns of politics, democratic leaders must consciously mobilize their resilience to cope with the anti-establishment sentiments, meticulously identifying and correcting the possible disruption within the institutions.

Simultaneously, they must inculcate democratic norms in the system by curbing corruption within the elites and reforming the structural balance of the institutions. Most importantly, leaders should inform their voters about populism’s dismal track records while credibly addressing the economic and political grievances of the masses they intend to govern, so that they may not fall prey to false populist promises which devour on cultural fault lines.

Previous Story
Understanding the Nuclear Dynamics of India and Pakistan
→ 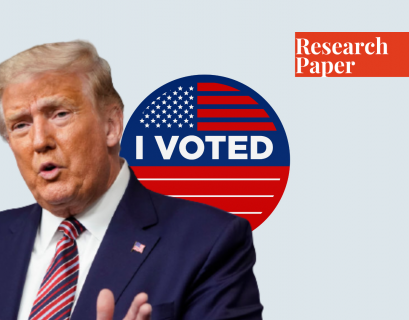 Trump’s Language of Populism and Construction of Identity

Although populism has had a known existence in the United States, it has greatly amplified since Trump’s announcement of his candidacy in the 2016 U.S. elections. President Trump’s abrasive and blunt speech has materialized the very paradigm of populism in politics.
Read More → 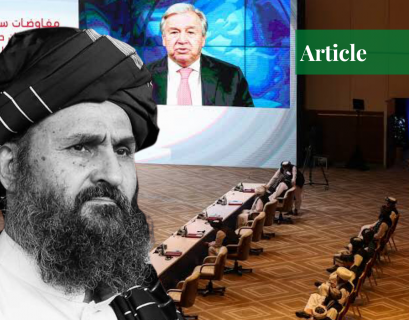 Recommendations for the Intra-Afghan Peace Process

Although the intra-Afghan peace process sounds promising on paper for Afghans and vested parties alike, fulfilling it will require serious work. The author considers five possible recommendations that could help achieve the objectives of the Intra-Afghan peace agreement.
Read More → 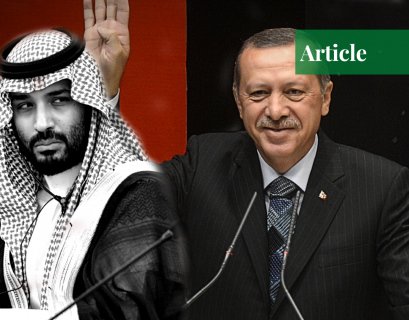 Both nation states are in the way of each other’s objectives, prompting both Saudi Arabia and Turkey to maneuver astutely and find their trump cards.
Read More →