The Sheedi Community of Pakistan

Although they have a rich history, the Sheedi community of Pakistan is unknown to many. The Sheedis continue to foray into various disciplines to achieve due recognition and honor.

Pakistan’s Sheedi community also known as Habshi, is an ethnic group living in southern Pakistan (Sindh Province). Descendants of East Africans were brought by Arab vendors and sailors as slaves between the 8th and 19th centuries. There is no exact figure of the community’s populace, but there are some estimates given by Young Sheedi Welfare Organization significantly from 50,000 to hardly 1 million.

The first Sheedis were supposed to have reached India around 627-628 AD at Bharuch port. Several others came with the first Islamic conquest of the subcontinent in 712 AD. The latter group is thought to have been soldiers of Muhammad bin Qasim’s army, and they were called Zanjis. Sheedis were also put forward by Deccan Sultanates as slaves. Many former slaves had been promoted to high ranks in the military and in administration.

Afterward, Sheedis were also brought to the subcontinent by the Portuguese as slaves called Bantu peoples, having their roots in Southeast Africa. These people later included more population in the subcontinent and then these migrants converted to Islam and a small minority converted to Hinduism. Pakistan is perceived as having biggest population of Afro-heirs in Asia.

Almost 50% of Sheedis are living in lower Sindh, 30% in Balochistan, and 20% in Lyari, Karachi. The majority of them are Muslim, but they have well-defined cultural characteristics connecting back to their specific history. They believe that their origin can be traced back to Hazrat Bilal (RA), a freed Ethiopian slave, who was appointed as the first Muazzin of Islam.

However, since when their arrival to the subcontinent, they have been discriminated against for being slaves and for the color of their skin. Sheedis continue to be marked out for belonging to the African heritage.

Even though the community members do not have any immediate contact with Africa, they still hold some African social attributes. For example, at festivities they play tall drums and the mugarman; their instruments and other rituals are clearly originated from Africa. The Sheedi Mela is a chief example of this blurry history.

Also Read:  The Informal Economy of Pakistan: Obstacles and Opportunities

It is celebrated by the Sheedi residents of Karachi, and the festival sees the huge meet up in celebration and they worship approximately 150 crocodiles that possess an asylum in the city. Numerous Sheedis have become enthusiasts of the twelfth-century Sufi saint, Pir Mangu. The reptiles have been associated with saints and are hence venerated.

They are repeatedly under attack from the dominant culture and face racism by the mainstream community. Sheedis still live in similar places of the state to which their descendants were brought as slaves, and most of them still work as farmers for their feudal masters. Their financial conditions are not good as they have marginalized status in society.

Traditionally, Sheedis faced many problems in their marriages, they intermarry in fishers, laborers, and other lower class. Apart from it, they face massive discrimination in the workplace, lower wages are paid by their employers, they face harassment, racism, etcetera.

Although, it has been evident that there is extensive mobilization in their community in current times such as the establishment of the organization Young Sheedi Welfare which is focusing on providing them access to health facilities, education, and livelihood opportunities. There is a tremendous talent in this ethnic group, in spite of their lack of political representation historically.

Sheedis have had a great impact on Pakistani politics. One popular Sheedi stands at the nexus of history, ethnicity, and politics: Hosh Muhammad Sheedi, the 19th century General who passed away in the battle against the British, and since then he has become a Sindhi national hero. There is also a popular Urdu poet, Noon Meem Danish.

Sheedis are well known for their brilliance in sports, especially in boxing and football. Qasim Umar is a cricketer who played for Pakistan in the 1980s. The PPP’s government failed to control rising gang violence in Lyari, Karachi in the early 2000s. Security situations and violence in Hyderabad city had also led to the cancellation of Sheedi Mela between 2010 and 2017.

Also Read:  The Possibility of New Provinces in Pakistan

Sheedis started grieving over the poor law and order situation in their largest community area. In 2018, Tanzeela Qambrani made history in Pakistan when she became the first MPA of Sindh Assembly. She had struggled hard to rise above the preconceptions and racism. She had been removed from the rank of the Chairperson of municipal council of Matli in Badin by councilors from her own party (Pakistan People’s Party).

The elite members of the party refused to accept her as she was a descendent of slaves. She is on a mission to overcome centuries-old discrimination and indeed she has proved to be a vibrant first lawmaker of Pakistan from the Sheedi minority. She has brought about much awareness in the society which has led to social integration and a sense of recognition from dominant cultures in Pakistan.

Talking about the influence on her community, Qambrani said: “People have recently started to take us as human. Otherwise, they would treat us like slaves.” She cited social integration, education, and awareness as the main reasons for the change in public opinion and their attitude towards her community.

“Nowadays, you will hardly find a pure Sheedi in Pakistan because of an increasing trend of mixed marriages and education among the Sheedi community. You will now find Sheedi doctors, engineers, and teachers apart from laborers,” she said. “Being penalised for something that is beyond our control – our black skin – is a reality all Black people face every day in big and small measures in every country,” said Tanzeela Qambrani.

In a nutshell, Tanzeela Qambrani’s entry into politics is something that must be lauded as it is a step towards increasing minority participation. There is a possibility for Sheedis proceeding from one extreme, that is, being politically marginalized, to being amalgamated by politicians seeking to score points in Sindh politics.

What matters the most, however, is to see whether Sindh’s politicians can deliver by giving the Sheedi community of Pakistan quality life improvements and considerable socio-economic participation.

By comparing the condition of the Sheedi community from the pre-partition era in the Indian sub-continent, there was a caste system that is deeply entrenched in India and still prevails there. On the other hand, since Pakistan is an Islamic country, discrimination is prohibited in our religion whether it is based on race, caste, or colorism.

The principle of equality is fundamental to Islamic values. Moreover, it is not only the government’s responsibility but also a collective duty of the South Asian community to educate their masses about racism in the states and about the systematic oppression of blacks. 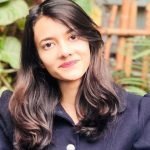 Ms. Javeria Noman holds a BSS in International Relations from Bahria University. She has previously worked as an intern in the Ministry of Foreign Affairs, Islamabad.

Previous Story
Women of Kashmir: Casualties of an Armed Conflict
→

Next Story
U.S. and China’s Balance of Power on the Asia-Pacific Chessboard