President Lukashenko’s sustained grip on Belarus has forced the citizens to protest against the authoritarian regime of 26 years, which will probably last for another decade or so, if democracy continues to be stifled. Russian alliance has bolstered Lukashenko’s unyielding position of maintaining his regime, considering that both nations have put Tsikhanouskaya, the opposition leader, on their wanted lists.

Pro-soviet Belarus led by President Lukashenko, who has served as president since 1994, is facing one of the biggest political crises of all time after its presidential elections received vile criticism from the masses. The provenance of this crisis manifested 24 years ago when a new constitution based on the separation of legislative, executive, and judicial powers was revised, following the referendum in November 1996 that widened the powers of the president. Although the Prime Minister is nominally the head of the government, he remains in the subordination to the president, since the president appoints the Prime Minister.

Since then, President Alexander Lukashenko, elected as president in 1994, has continued to rule Belarus by prolonging his term in office. Crowded marches and political protests precipitated all over Belarus after the official central election commission reported the victory of Alexander Lukashenko, with 80% of the votes. The result was palpably rejected by the 37-year old English teacher and the leading opposition candidate, Svetlana Tikhanovskaya, who challenged Lukashenko in the elections on August 9, 2020.

Widely chanted as Europe’s last dictator, Alexander Lukashenko has ruled Belarus for 26 years and is the center of attention in the current demonstrations. Former Soviet collective farm manager, 65-year old Lukashenko’s sixth successive term has become a notion that is rejected and denounced all across Europe; accused of multiple human rights violations, all of which he denies, Lukashenko is considered unfit to rule the 9.5 million people of Belarus.

He is usually considered a puppet in the hands of Vladimir Putin, the leader of the post-soviet Russia. Lukashenko’s authoritarian rule is coupled with years of economic doldrums. The economy has been paralyzed by the number of corrupt and illicit practices under the nose of Lukashenko himself. In recent months, his attempts to ignore the responsibility of taking swift measures against the COVID-19 crisis have perpetrated a significant rage among the citizens of Belarus.

Using his association with Moscow, Lukashenko derived his power by weakening the power of the National Assembly and crippling its legislative authority. Since the 2020 elections, demonstrations have taken place throughout Belarus, with thousands of people taking to the streets and demanding free and fair elections. Moreover, the Organization for Security and Co-operation in Europe (OSCE) derided every election since 1994 and previously told the media that it would not be closely monitoring the elections of 2020 because it had not been invited to do so.

Also Read:  Is Military Force Effective in Responding to a Terrorist Insurgency?

According to the European Union’s diplomatic service, the 2020 elections were “marred with disproportionate and unacceptable state violence against peaceful protests”. At least tens of thousands of peaceful protesters joined the “March of Unity” against the political morass stimulated under Lukashenko’s rule. Lukashenko not only refused to give in to the demands of the protestors, but he also unleashed his pro-soviet troops on the protestors with water cannons, armored personnel carriers, and armored reconnaissance vehicles while turning to Moscow for help in stabilizing Belarus and remaining in power.

Activists reported the detention of more than 70 people in the capital that included both men and women. After the death of one of the protestors, the opposition grew even stronger against Lukashenko’s pro-soviet regime. Protesters from all walks of life came out on to the streets in a show of defiance. The discontent against him intensified when the authorities working under him began detaining and arresting potential opposition candidates effectively.

The major contour of dissent came against the background of Moscow’s continued influence in Belarus politics. Women came out in large numbers, protesting peacefully after the famous Belarusian singer and political activist, Maria Kolesnikova, was detained following her refusal to flee like her two fellow political campaigners.

Opposition Leaders and Their Campaigns

Svetlana Tikhanovskaya, the leading opposition candidate and wife of Sergei Tikhanovski, was forced to flee to Lithuania after the disputed election results were announced. Svetlana Tikhanovskaya formerly lived as an extremely supportive wife, with no political motivation, of a 41-year old Youtuber who managed to gain more than 277,000 subscribers since 2019 when his “Country for Life” channel started. Sergei was detained by the authorities in May, right before the announcement of his candidacy in the 2020 elections.

After Sergei’s detention, Ms. Tikhanovskaya transformed herself into a veritable stateswoman who spearheaded a formidable political campaign against Lukashenko. At an early age, she guarded herself away to rural Ireland after the Chernobyl incident of 1986 but kept visiting her family back in Belarus. After a six-week long campaign, she seemed steadfast in defeating Lukashenko, who barred her husband from contesting for the presidency by languishing him in prison.

Also Read:  The Rise of Populism in the World

Ms. Tikhanovskaya’s campaign was a hybrid of the three opposition campaigns: the campaign of Sergei Tikhanovski, her jailed husband; Viktor Babryka’s, a former banker who was barred on the suspicion of corrupt financial practices and was detained by the authorities upon his announcement of his candidacy; and the campaign of Valery Tsepkalo, former ambassador to the United States who fled to Moscow under duress. Her manifesto is more than a pledge to free all wrongly convicted political captives and to hold fresh elections within six months; she is adamant to give Belarusians a new air of freedom to decide their country’s future on favorable terms.

One of the key instruments in Ms. Tikhanovskaya’s campaign is Maria Kolesnikova, a popular Belarusian dissident who rallied against Lukashenko’s rule several times and is heard by the masses. Initially, she joined Viktor Babriko, but then she campaigned alongside Svetlana Tikhanovskaya and Veronika Zepkalo. Unfortunately, Zepkalo and Tikhanovskaya were forced into exile but Kolesnikova was determined not to leave her country. On September 7, Kolesnikova was driven, against her will, to the Ukrainian border where she was given the chance to go to Munich, Germany.

She tore her passport and insisted on remaining before she was taken into custody and claimed by the authorities as a threat to the national security of Belarus. On September 13, 2020, a rally of over 250 of her supporters assembled in Stuttgart, Germany. Recently, Tikhanovskaya, exiled in Lithuania, resurfaced in a video, urging the police to stop their violence against the peaceful protesters. “You will be ashamed of what you are doing today,” she said while condemning the violence. After her viral video, calls for her return have echoed all over the streets of Minsk.

Russian President, Vladimir Putin, is a strong supporter of the incumbent Belarusian President, Alexander Lukashenko. Recently, Putin advised Belarus to handle its affairs in a non-violent manner while suggesting Belarus to reactivate stalled plans for more integration with Moscow. It has been widely known about Putin’s mysterious and conspicuous ways of extending his influence throughout Eastern Europe by exploiting the turmoil of his neighboring country in his favor.

Also Read:  The Impact of Digital Information in Pakistan: The Case of Qandeel Baloch

A recent arrest outside Minsk of 33 alleged soldiers from the Russian private company, Wagner, in early August added much to the intrigue around Putin’s role in Belarusian politics. Russian influence is backed by the motive to hold onto an important transit route between Russia and Europe for oil and gas exports. A buffer zone with NATO, the two countries also share strong military ties. If the uprising gathers strength and momentum, the chances of Russia moving to bolster the Belarusian security forces also increases — and this may prompt European leaders for a power-grab against the erstwhile enemy.

Previous Story
Growing Arab-Israel Relations: Who Will Fall Next?
→

Next Story
Is Military Force Effective in Responding to a Terrorist Insurgency? 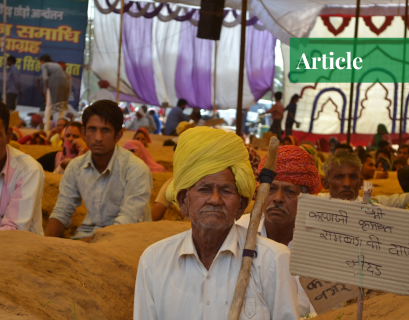 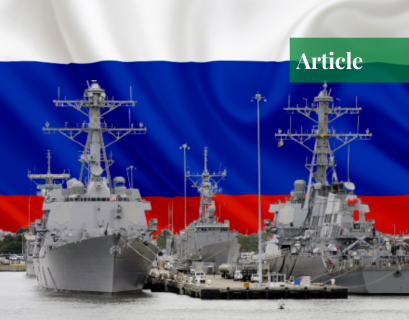 Russia ventures into Africa again, this time to build a naval base in Sudan. This base will enable Russia to expand its trade, military powers, and influence.
Read More → 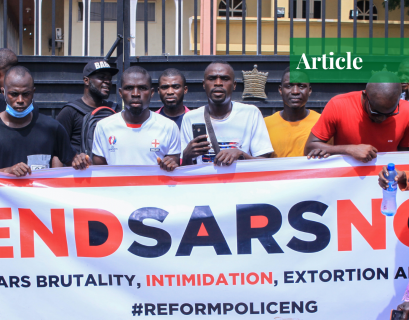 A recent social media campaign demanding End Special Anti-Robbery Squad or #EndSARS has gained attention after years of systemic police brutality upon Nigerian citizens. Their calls have recently been met with repression and resistance from police officers carrying out physical and verbal offenses.
Read More → 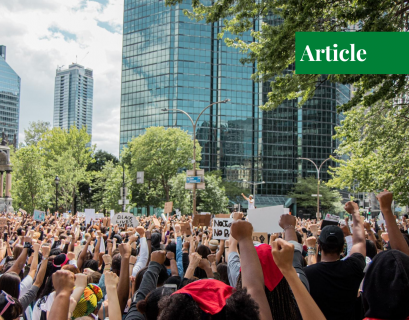 George Floyd’s death was fuel for the Black Lives Matter movement across America and the world. However, it remains to be seen whether the outcome will impact years of policy inertia. The protests have achieved a few things: from banning chokeholds to raising the issue of police brutality in the national and global consciousness. The coming American elections are likely to show how years of oppression and injustice galvanize change.
Read More →