A Diplomatic Transformation for the Decades-old Kashmir Conflict

The conflict transformation model may prove to be efficacious in resolving the Kashmir conflict that has been fraught with hostilities and violence for decades.

Kashmir has locked India and Pakistan in an intractable conflict for the last seven decades and so a resolution seems fanciful. As a consequence, this prolonged deadlock has engendered many other issues that together plague the relations between the two South Asian countries. These issues include cross-border terrorism, water diversion, proxy wars, political subjugation, economic exploitation, and the like.

Since the emergence of the conflict in September 1947, the two countries have made numerous efforts to resolve the issue. However, the issue is assuming incremental acidity in its existence with each passing year.1 For a considerable length of time that the domain’s presence was ensured by the United Kingdom, the shortcomings in its structure and along its peripheries were not of incredible result.

By the terms consented to by India and Pakistan for the parcel of the Indian subcontinent, the leaders of royal states were given the option to decide on either Pakistan or India or—with specific reservations—to stay autonomous. Hari Singh, the maharaja of Kashmir, at first, accepted that by postponing his decision he could retain the freedom of Kashmir.

However, to make up for the lost time in a train of occasions that incorporated unrest among his Muslim subjects along the western outskirts of the state and the mediation of Pashtun tribesmen, he marked an Instrument of Accession to the Indian association in October 1947.

Role of Major Countries in the Kashmir Conflict

There are a large number of people and states who see Pakistan’s job in provincial geopolitics as a dangerous one, some even blaming Pakistan for being a rebel administrator thought to offer implied help to fear-based oppressor associations. At that point, there is the matter of financial assets.2 Diplomacy runs on business evaluations of expenses and benefits, not on ethics.

Syria, for instance, has been destroyed in a couple of years while being utilized as a testing ground for world forces to establish their frivolous strategic maneuvers. It will take in excess of a shaken still, small voice for the world to focus on barbarities being submitted in Indian-involved Kashmir. We can dare to dream that these exceptional emissaries will have something extra up their sleeves instead of only an ethical contention.

Lobbying, as a term, has often been confined to the actions retaining towards the domestic interests of different states; however, there are many events where the effect of lobbying and diplomatic engagement runs through international affairs.3 Individuals or associations can bring absolute pressure upon decision-makers to tilt the decision in a direction that is more favourable to them.

The reason why India has been so successful in holding and annexing Kashmir is because of its strong lobbying with the United States among other superpowers of the world. The diplomatic engagement between India and the U.S. dates back to 2005 with the civilian nuclear energy cooperation. The strategic partnership is an unprecedented phenomenon.4 The economic and military ties assert themselves through various catalysts such as lobbying by Indian Americans.

A small fraction of the total American population makes an influential group, and thus through many professionals in political organizations, American Indians have carried out lobbying successfully. This post-cold war lobbying strategy has now intensified the support for India in the U.S. Congress, especially on the matter of Kashmir.

Pakistan needs to adopt a similar policy, to increase its determination in orchestrating excursions and projects to raise awareness to the outside representatives, human rights chiefs, and outside media groups about Kashmiri’s point of view. This will help to uncover the Indian brutalities and gather support for the predicament of Kashmiris.

Media is a critical objective for any lobbying group, since it shapes the open talks. Lobbying groups, through media networking, should situate themselves with the standard media outlets. The lobbying group should pressure and advance open and free conversations of the circumstance in Indian Occupied Kashmir (IOK) in target media outlets.

Solid binds with the predominant press will empower the group to effectively hall the media outlets, and that may help diminish the one-sided inclusion of the Kashmir battle. The lobbying groups can utilize and advance “Human Rights for All” that will increment the authenticity of the reason for Kashmiris. In addition, the United Nations and international human rights bodies are occupied with the exercises to ensure, screen, and advance human rights over the world.

As a major aspect of the backing system, lobbying groups should keep on bringing the matter of human rights infringement and the rights of individuals to self-assurance to the consideration of all the international and local human rights bodies. The human rights component not just allows advocates to introduce.5

Use of Effective Diplomacy as Conflict Resolution

The best way to resolve the Kashmir issue is through the conflict transformation technique. It will not only prove to be a result-oriented model, but it also seems profoundly compatible with the nature of the conflict, considering India and Pakistan’s troubled history, conservative political parties, and conflicting identities attached to the Kashmiri people and territory.

Conflict transformation is actually an effective and sophisticated concept of addressing the underlying elements that fuel a particular conflict. In instances where the issue degenerates into a deadlock and its resolution is unlikely, the model of transforming it by the contending parties may prove lucrative.

Here, the understanding, way of thinking, discourses, identity, and interest attached to the conflict are transformed and reshaped so that arriving at an agreement under the new realities are both possible and sustainable. Once the transformation of all these essential ideas and materials is ensured, the resolution of the conflict begins and it is extricated from its intractable nature.

Initially, Kashmir is mapped out as a multi-dimensional debate between different parties. Also, so as to comprehend the multifaceted nature of Kashmir, a unique structure dependent on diplomacy, coercion, and lobbying that encourages us in underscoring the ramifications of the dealing procedure between India, Pakistan, and Kashmir.

Also Read:  Women’s Rights in Pakistan: Is the Aurat March the Way to Do It?

Presently, both Pakistan and India have divergent positions on the issue. While Pakistan considers it as its ‘Shah rag’ (cardinal vein), India proclaims it as her inalienable territory. Both the states have equated encroachment into the Kashmir territory as an intrinsic part of their national interests, spending a disproportionate portion of their national budgets on building and maintaining their defense vis-a-vis each other.

However, a dispassionate survey will demonstrate that the perpetuation of this conflict has worked against their national interests. The money, the resources, and the potential that are trivially squandered on military adventurism could have been diverted to other public goods and developmental departments. In addition, the media and the political elites across the border have narrowly defined the Kashmir issue with rigid and inflexible terms.

In other words, a lot of emotions and hysteria dominate the discourse of Kashmir. It is argued by a multitude of analysts that certain institutions are greatly benefitting from this emotional narrative. As Shashi Tharoor has pointed out that ‘In India, the State has an army, but in Pakistan, the army has a state’. Resultantly, this has been affecting any resolution efforts either by certain influential figures or civil society, owing to its sensibility.

Conclusion of the Conflict

Having said this, the transformation model presents us with the most productive way of resolving the Kashmir issue. According to Johan Galtung’s transcendent approach as part of this model, ‘bringing in forgotten parties with important stakes in the conflict’ is an integral part of this process. This is extremely essential when it comes to the Kashmir issue.

This is primarily because Pakistan and India are bilaterally dealing with this issue so far while ignoring the Kashmiris. Hence, this model will bring in this pertinent stakeholder to the process and make it more resolvable. Secondly, communication gap between the different parties is still wide and damaging.

In November 2018, the probable meeting of the Foreign Ministers of the two countries was canceled. In addition, India is barring the IOK leaders from meeting with the Pakistani leaders for any deliberations or consultations. Moreover, the Kashmiris are facing difficulty in obtaining visas or traveling permissions across the borders of both countries.

As a consequence, a communication gap has emerged. In these circumstances, the transformation model can be a viable recourse. The model posits that bridging the gap and bringing the relevant parties together at multiple levels is the prerequisite for any sustained conflict resolution. Finally, the Kashmir issue constitutes a torturous and war-ravaged history of the two countries.

In other words, the issue is deeply entrenched in the two societies and has become intractable. Under the existing understanding and approach towards Kashmir, the stalemate will continue. Neither direct conflict resolution nor mere conflict management would be able to bring about positive tangible results so far. Therefore, the only workable model left can be that of conflict transformation.

To conclude, it is now clear that the conflict transformation model has all the ingredients that can successfully provide a conducive environment for the resolution of the Kashmir conflict. The key contending parties have to recalibrate their existing calculation, understanding, and assertions regarding the Kashmir issue. 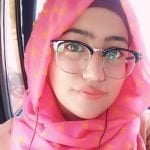 Ramsha Qaiser is an IR graduate from Quaid-e-Azam University.  She loves to sit with a cup of coffee to pen down her thoughts. She is keen on finding potential solutions to problems that concern the world.