The current pandemic has increased the significance of the internet manifold, allowing numerous businesses to survive online in the times of lockdowns imposed across the globe. However, it has also raised concerns of privacy and data protection, rendering it imperative for Pakistan to draft comprehensive data protection laws and the implementation thereof.

The recent change in WhatsApp policies created a huge controversy and sparked a heated debate on privacy. As soon as the users got an official notification introducing the new terms and conditions, there was an uproar on social media platforms, blaming WhatsApp for infringing basic human rights under data protection laws.

Confusion prevailed for quite a time on the said changes as everyone termed it as an intervention in their personal space. Finally, sanity prevailed after WhatsApp not only explained the basis of changes intended but also revoked them for the time being and delayed the policy for about three months.

However, the incident has reiterated the need to elucidate the mechanism of digital platforms along with the digital rights of the common public on said modes of communication. The digital era has evolved the concept of privacy altogether. With the rise of e-commerce and the immense advantages offered by online business apps, a phenomenal increase has been observed in internet usage.

The current pandemic has increased the significance of the internet manifold, allowing numerous businesses to survive online in the times of lockdowns imposed across the globe. However, it has also raised the privacy concerns of citizens. On one hand, the rise of digital media has not only resolved numerous issues but has also disclosed new venues of opportunities for all sectors.

Nevertheless, the new era has raised the apprehensions of consumers regarding the protection of their digital rights. As per the report of the US Federal Trade Commission, more than 85% of websites collect the data of consumers with no comprehensive data protection laws and policies, thereby leading to ethical, financial, and social conundrums.

In this regard, the major issue is a wide-ranging database required to sustain the basic functions of the digital economy. The personal data, pooled in various databases, could easily be used for analyzing the lifestyle of consumers. Hence, there is a huge probability of data exploitation for vested interests by both governments and large organizations.

Usually, personal data is collected for marketing purposes only, and yet, the possibility of its abuse can never be termed out. Due to the advent of the fourth digital revolution, the concept of cyberspace has increasingly become an absolute reality, thereby transforming the social, political, and financial infrastructure of society.

We are all surrounded by smart machines spawned to make our lives easier, nevertheless, they are data-mining machines collecting and transmitting our personal choices to a central server. Thus, the emergence of data mining and artificial intelligence has facilitated humankind but is also playing a substantial role in increasing its liabilities.

The most mind-boggling aspect of this scenario is the apparent inability of institutions to respond to the crisis. These legislative institutes, while unable to comprehend the complexity of cyberspace, are mostly not equipped to handle the legal aspects of the virtual world. As a result, these institutes fail to educate their citizens about their digital rights.

Hence, while taking advantage of such lawlessness in the online paradigm, the social media platforms could easily use this data, collected through mass surveillance, and employ it to their advantage. The Facebook scandal is an evident example of such an instance where data of millions of users was allegedly sold to Trump’s campaigners. The digital rights of the common public are abused in every sense without any thoughts of legal and financial repercussions.

Even if the data is not sold by any company, there is a possibility that it is not encrypted and stored securely, owing to which it could be stolen very easily through targeted strings of cyberattacks. Therefore, the statutory institutes need to work for implementing strict international legislation so as to ensure data protection.

Additionally, the citizens should also be sensitized regarding their rights in the digital realm so that they could adapt to the changing times with ease of mind. In Pakistan, the situation of digital rights remains precarious. The country has a lot of potential in terms of e-commerce — in 2018 alone, the e-commerce market saw an upsurge of around Rs. 40.1 billion which represents the huge potential enjoyed by this sector of the economy.

During the COVID-19 pandemic, this segment has presented some tremendous opportunities to businessmen to mitigate the overall impact of lockdowns. However, the policy formulation presents a dismal picture. Although the country is gradually moving towards digitization through its initiative of ‘‘Digital Pakistan’’, the existence of data protection laws in Pakistan remains uncertain.

Also Read:  The U.S. vs China in Africa: A Quest for Economic Domination

There were quite a few incidents in 2019 where the need for data protection laws in Pakistan arose at both individual and administrative levels. As per the observance of Digital Monitor, from the disclosure of sensitive information by travel agents to the leaked security footage from Punjab’s safe city project, the citizens felt vulnerable and helpless in the face of online harassment faced by them.

The women, in particular, had to endure numerous incidents of online persecution where they were ridiculed and abused by keyboard warriors. The underlying reason is the absence of any comprehensive data protection laws in Pakistan providing a legal discourse to the victims. The draft of the personal data protection bill, a law introduced to litigate illegal data leaks, is a welcoming step in Pakistan. However, there is a long way to go till some constructive steps are taken.

As far as privacy is concerned, this fundamental right of citizens was given the cold shoulder, owing to the absence of an accountability mechanism. While the cybercrime laws have been passed effectively to ensure that the digital rights of internet users remain safe, in reality, these laws are ineffective in protecting the basic right of privacy. While FIA is trying its best to curtail the issues of online abuse, civil society remains concerned.

The government’s decision to outsource the web monitoring system to a scandalous company for continuously monitoring the incoming and outgoing traffic only exacerbated the problems. Although national institutions are trying hard to come up with exhaustive laws concerning all electronic crimes, still, such measures only reflect their apparent callous approach towards online privacy policies.

Another substantial cause of concern is the ignorance of Pakistanis on the subject of their digital rights. The majority of citizens remain unaware of their fundamental right to privacy which extends into the virtual realms of the world. It is also widely believed that local apps, replicating the business model of social media sites, could resolve the issue of data privacy. However, it is not true since data would be required for every app.

Therefore, the data pooled could still have severe privacy repercussions as it could be easily stolen through coordinated cyber-attacks. All things considered, online protection and digital security are some of the top concerns of internet users.

As the avenues of the physical world are transitioning continuously due to the changing role of the internet, it is mandatory for governments to stand together and come up with legislation to secure the sensitive data of consumers.

Additionally, international organizations, including World Bank and United Nations, could also play a significant role in this scenario. While looking at the broad future prospects, specifically in the field of IT, Pakistan also needs to contemplate and come up with realistic legislative solutions.

In order to enhance the trust of local citizens on these online platforms, strict laws are the need of the hour which need to be implemented across the borders. In the nonexistence of these laws, Pakistan has no hopes of excelling in the contemporary digitally revolutionized world. 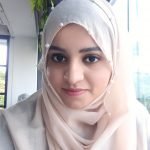 Ms Aimen Babur is a Mechatronics engineer turned development enthusiast. She is currently working as a project assistant at the Sustainable Development Policy Institute (SDPI). Through her research, she aspires to give a voice to the youth and other marginalized communities of society.