Home → Articles → Islamophobia in the United States and Beyond

The fear and terror prevailing against Muslims around the world, especially in the West is called “Islamophobia”. The terrorist attack of 9/11, in particular, led to an unparalleled rise in Islamophobia – and Muslims all around the world were suddenly labelled ‘extremists’ and ‘terrorists’. In the United States, far-right political parties are using this fear to gain momentum in their political career.

According to Global Stats, Islam is the most followed religion in the world. People are inclined towards this noble religion due to the moral beliefs and values it holds. However, it is being misrepresented in the current times. The fear and terror prevailing against Muslims in the United States and around the world is named “Islamophobia”.

This phenomenon has caused numerous sufferings for the Muslim Ummah, especially in the West. Since a huge population of Muslims is settled there, they are immediately prone to its impacts. Not to mention that the role of media has much to do with the spread of Islamophobia across the world. The picture of Islam it presents has made Muslims subject to a lot of human rights violations.

Therefore, Islamophobia has become such a global threat that if not addressed instantly would deteriorate liberal democracy. In reference to the Oxford dictionary, the word Islamophobia means “intense dislike or fear of Islam”. Although Islamophobia is an old notion which the West has been using to express its derogatory sentiments and stereotypes to the practices of Islam, the term first developed in the 1990s and 2000s.

Moreover, the terrorist attack of 9/11 gave an impetus rise to Islamophobia. A radical Islamic organization named Al-Qaeda, in the name of Islam, proclaimed Jihad on America. It gave a conservative and barbaric image of Islam to the world. Over time, Islamophobia has received so much attention in the United States and its social discourse that it has now become a chronic problem.

To begin with, Muslims are exploited by far-right political parties, particularly in the United States, to gain momentum in their political career. Islamophobia is used to defame Islam and Muslims are subjected to discrimination and subjugation in all fields of life. US Presidential Election of 2016 is an example of it. Donald Trump, in order to endorse his political agenda, targeted Muslims as a grave issue and played with the public pulse. Hence, the election’s result turned into an unpredictable one.

Also Read:  The Relationship Between Education and Earnings in Pakistan

“Islam is not an excuse for thwarting democracy.” – Shirin Ebadi

Media is another factor that has been fueling Islamophobia. After the 9/11 attack, the media misrepresented Islam and established a false image of Islamic culture. As such kind of content generates engagement and keeps people on these social platforms, a researcher said that “Islamophobia happens to be something that made these companies lots and lots of money.”

“Freedom of expression has its limits. Those limits begin where hatred is spread.” – Angela Merkel

This isn’t the end: alienation of Muslims from civic life in western societies is the epitome of Islamophobia. The essence of Islamophobia in the United States and European states is clearly manifested in various incidents such a the Hijab ban in France in 2011, the Christchurch mosque shooting in New Zealand in 2019 is another depiction of Islamophobia, and a caricature by a notorious French magazine named Charlie Hebdo.

The upsurge began when Samuel P. Huntington wrote an article “Clash of Civilizations?” in 1993 that gave a sort of idea that Islam was anti-West. By anti-West, he meant that it was uncivilized, not democratic, and disregarded human rights and values. Later, the spillover effect of this theory was seen in the media and many scholars started following it.

Thereafter, the “War on Terrorism” after 9/11 only depicted a violent image of Islam and its followers. During the operation, United States attacked Afghanistan and Iraq against Islamic radical organizations which were misrepresented by the media in the West. Moreover, the western media and states’ narrative played a vital role in propagating Islamophobia around the world, doing so to justify their war on terror.

The above arguments prove that Islamophobia has not merely built a false image of Islam and made Muslims suffered, but also veered the whole world towards conflicts. If we are to look forward to prosperity, it is essential to counter the threat of Islamophobia. First, Muslim states need to have one common viewpoint.

They need to understand that it is not possible to convince western societies about the threats posed by Islamophobia. If they show common condemnation and make united diplomatic efforts, it would be a great step to counter Islamophobia in the West. Second, it is extremely important to educate people about multiculturalism in both Muslim societies and western societies.

Third, the de-radicalization of youth is crucial. As discussed earlier, one of the major causes of Islamophobia is violence caused by different terrorist organizations like Al-Qaeda, Daesh, etcetera. Now the need of the hour is to de-radicalize youth who fall prey to the propaganda that leads to violence in the name of Islam. Along with that, it is also necessary to import the true values of Islam.

The role of media must also be objective. They need to understand that stigmatizing one particular community doesn’t resolve a problem. Islamophobia is an alarming threat to the liberalism of democratic states. Politicians, media, and terrorist organizations have left no stone unturned to vilify Islam. Immediate remedial measures and collective diplomatic efforts would prove helpful and effective for the cause of liberal democracy in the world.

“Islam and democracy can function together” – Ali Babacan 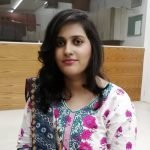 Meshal Farid Bhatti is a lifestyle blogger at Meet With Meshi. She is an opinionated writer who shares her take on mindful living. Apart from that, she works as a freelancer and holds a master's degree in Business Administration. She developed an interest in international affairs after appearing in a competitive exam.

Next Story
Disadvantages of Renewable Energy: The Untold Story 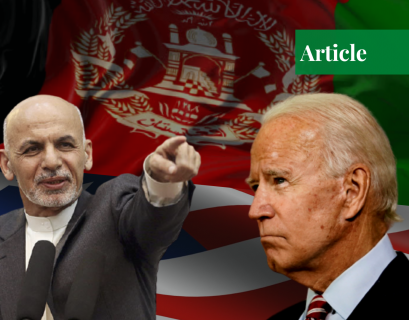 The US in the Afghan Peace Process: A Farewell Letter?

The long-awaited Afghan peace process seems to be evident from the Biden administration’s letter to President Ghani. The letter has communicated the Biden administration’s desire to end the war in Afghanistan. However, it will certainly prove to be a challenge for the parties to commit themselves to a peace deal that is already tenuous.
Read More → 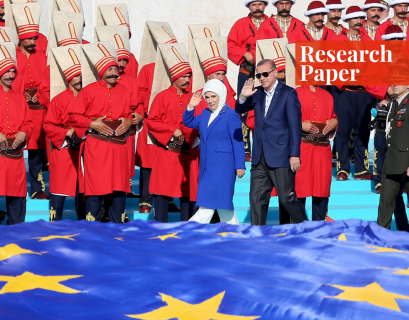 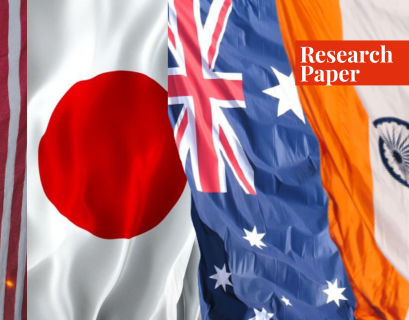