Home → Articles → The Water Crisis in Pakistan: A Devastating Plunge

Pakistan’s water crisis leaves the state at the edge of the precipice; primarily an agrarian economy, water is considered exceptionally indispensable to the Pakistani community.

Furthermore, the article also highlights the role of society and government to counter this water crisis and attempts to provide some recommendations. W.H Auden, an English American poet, said, “Many have lived without love, but no one without water”. These words have emphasized the importance of water for the human race. Pakistan is in danger of an intense water shortage.

Its surface and groundwater supplies are all increasingly oriented, but intense drought conditions persist in areas of the nation due to a lack of rainstorm. Simultaneously, Pakistan has an extensive agriculture sector, which uses flood techniques for the water systems to develop water-intensive yields. Water infrastructure in Pakistan is obsolete, squandering more water while little is stored because of lack of reservoirs.

The water that is accessible is mostly contaminated by human, agrarian, and industrial waste. Despite having the world’s largest glaciers, Pakistan is facing the prospect of water scarcity. The United Nations Development Programme (UNDP), in its report “Development Advocate Pakistan” published in 2017, stated that Pakistan was likely to dry up by 2025.

In 2016, the Pakistan Council of Research in Water Resources (PCRWR) reported that Pakistan touched “the water crisis line” in 1990 and crossed the “water scarcity line” in 2005. Water is not only vital to livelihood but also crucial to socio-economic growth. As per the connection to clean water, 844 million people worldwide are still unable to access it.

For decades without safe and accessible water, individuals have been living in abject poverty. The deteriorating condition of Pakistan’s water supplies gained global attention in 2018, owing to concerns that the country may become completely water deficient. Failure to increase the water demand by at least 14.2% will push Pakistan into being unable to meet these demands by 2025.

Moreover, Pakistan continues to suffer severe water shortages that are mainly caused by uncertainty and vigorous aggregation. Pakistan’s crops — rice, wheat, cotton, and sugarcane — are liable for 95% of water consumption in the region. The inadequate water status of Pakistan causes an overwhelming loss of water within the agricultural industry.

The ineffective method of cultivation leads to 60% water deficiency, which approximately makes 80% of exports dependent on all those commodities. Nonetheless, Pakistan has had comparatively low water consumption despite higher cultivation use. With the impacts of climate change growing deeper each year, it is alarming to notice that water supply has decreased by nearly 806 cubic meters per inhabitant since 1990.

Also Read:  A Silver Lining: Coronavirus and the Environment

Due to the varied geography of Pakistan, rainfall continues to differ considerably from area to area. Most of the region remains vulnerable to drought, with three-quarters of Pakistan getting only around 250 millimeters of rainfall per annual basis. Devastating water shortages in Sindh and Balochistan have also been attributed to the lack of rain, mostly during cold and rainy seasons.

Climate changes, too, have intensified the melting of glaciers, producing a higher probability of significant fluctuations in the water cycle. Pakistan’s water originates from various focused sources, including precipitation, glacial runoff, rivers, and groundwater. While around 60 percent of the precipitation originates from monsoon rains, a critical extent is conveyed during winter (December to March) climate designs.

Due to Pakistan’s assorted geology, precipitation will, in general, differ altogether. Considerable parts of the country consist of desert or semi-dry, with 75% of Pakistan accepting less than 250 millimeters of a downpour for every year, and dry seasons being regular in numerous zones. Snowmelt and glacial meltdown additionally contribute about 80 percent into the Indus River during the summer and more than 50 percent to the gross annual rainfall of the Indus River system (IRS) in Pakistan.

The Indus River framework contains the vast majority of Pakistan’s surface and groundwater assets. In 1951, surface water accessibility per capita was 5,260 cubic meters for every individual. By 2016, that had tumbled to near 1,000 m³. Groundwater extraction rates are likewise concerning. Pakistan presently extracts roughly 50 MAF of water from its springs every year, which far surpasses maintainable cutoff points.

Therefore, Pakistan is generally viewed as both water-focused on (high water withdrawals comparative with accessibility) and water-scant (low water accessibility per capita). The circumstances are exacerbated by Pakistan’s pace of water use – the fourth most noteworthy on the planet – and its water force rate (the measure of water utilized per unit of GDP), suggesting more water issues in Pakistan’s economy.

To battle these degrees of water pressure and shortage, the government has been raising funds to construct new dams, but constrained capacity has additionally added to expanded water shortage. Pakistan has 30 days capacity limit, which restrains the measure of water accessible during the dry season; there are hardly any dams to ingest the overabundance of water.

Sedimentation further diminishes the capacity limit. As indicated by a 2015 hydrographic study, the capacity limit of the Tarbela Dam has declined by 35%. High consumption of water utilization is being reported in the agrarian economy of Pakistan. Nearly 70% of the populace has directly or in a roundabout way utilized water in the farming area.

Cultivating is overwhelmed by four water-concentrated yields: wheat, sugarcane, rice, and cotton. Accordingly, 93% of the water expended in Pakistan is utilized for agribusiness (the worldwide normal is nearer to around 70%). Specifically, most of Pakistan’s agribusiness is reliant on floodwater system strategies, which include flooding fields utilizing waterways or cylinder wells.

A considerable lot of the conduits that convey water from waterways for this technique for water system are not properly lined, prompting further leakages of up to 40%. Variables that prompted the deficiency of water in Pakistan comprise of increment in the populace, environmental change, lack in building strong dams and under the performance of Jhelum and Chenab waterways by India under the Indus Water Treaty (IWT) of 1960 that has brought about a decreased progression of water to Pakistan.

Pakistan and India: The Aqua-tensions

If India continues with its momentum cycle of building dams on rivers Chenab and Jehlum, a grim future awaits Pakistan’s agriculture and border security. This technique is a concealed political plan to weaken Pakistan’s economy and agribusiness segments. Both countries’ public optimism would be best served if India were to observe its responsibilities under the Indus Water Treaty (IWT).

In the past, the authorities neglected to build up an accord on the development of enormous water reservoirs, especially the Kalabagh dam. Regions are additionally in disagreement about their separate portion of water under the Indus Water Treaty: the water usage for Kharif and Rabi seasons through connection waterways overseen by the Indus River System Authority (IRSA).

IRSA serves the regions of Punjab, Sindh, and Balochistan as well as impetus Rabi season, despite the 34% shortage of energy; principally because of the development of Baghlihar dam on Chenab. Water levels would be additionally choked, considering the arranged development of Basrur multi-power venture, Siwalkot dam, and PakotDul dam on Chenab stream by Indus.

Moreover, the Sindh Assembly has requested the rejection of the hydropower venture on the Chashma-Jehlum connect channel, a key undertaking for the Punjab government. There is solid discernment in Sindh that the undertaking would confine the progression of water to the area and hurt its horticulture.

Pakistan endeavors to be amongst the world’s top 10 biggest economies by 2047 and hence considering the importance of water to the economic development of Pakistan, a careful and comprehensive scheme of water supply. Water challenges must be addressed swiftly in the pursuit of the country’s stability and development.

Role of Government & the Civil Society

Pakistan needs to reevaluate total water utilization immediately. On the off chance that a similar pattern remains, it will arrive at supreme shortage levels of water, with a deficiency of 31 MAF, and face a dry season by 2025. A horticulture-based economy will confront an irreversible circumstance of water exhaustion.

Pakistan’s 20% of GDP, 75% of absolute fares income, and 42% of complete work power are in danger. In line with successful worldwide models of water management, various ways can be devised to handle the issue: incorporate preservation, desalination, reuse, development, and administration.

The much-politicized banter about the development of new dams is yet continuous, with some advancement on Diamer-Bhasha. The two significant dams, Tarbela and Mangla, have accumulated tremendous residue since development and lost enough stockpiling ability to hit a dead level.

Although the development of dams is basic, for immediate results, more must be done on a short-term policy front. For instance, open mindfulness must be made about the issue and local level sensitization be created. That is the place Pakistan’s business visionaries have a significant task to carry out.

Financially savvy and restricted shrewd arrangements should be made accessible for use at the household level, and by the modern and horticulture divisions. Innovation based filtration at reasonable costs can address water-borne illnesses and contribute to general wellbeing. About 95% of Pakistan’s absolute new water is used for the water systems in the agribusiness area.

However, the creation scale per section of land is lower than that of India and China in the area. In this way, imaginative innovative arrangements, for example, keen water system techniques, including smaller-scale water systems that use dribble innovation will not just advance development but also diminish water wastage.

Pakistan’s National Water Policy was affirmed in 2018 after much consideration. As the administration takes strategy measures for a comprehensive methodology, the common society needs to step up as sensitization operators — all for the sake of the next generation. 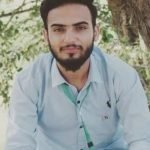 Daniyal Talat completed his Master's in Defense & Strategic Studies from Quaid-i-Azam University Islamabad. He is presently working with the School of Inclusion as a Program Coordinator and as an Ambassador for the Center for Global & Strategic Studies.

Previous Story
Russia’s Naval Base in Sudan: A Resurgence?
→ 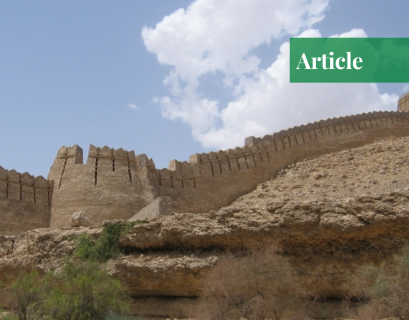 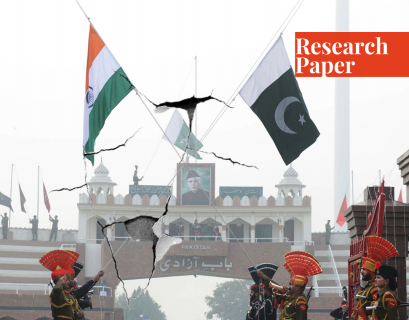 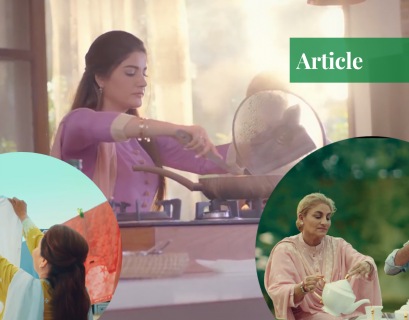